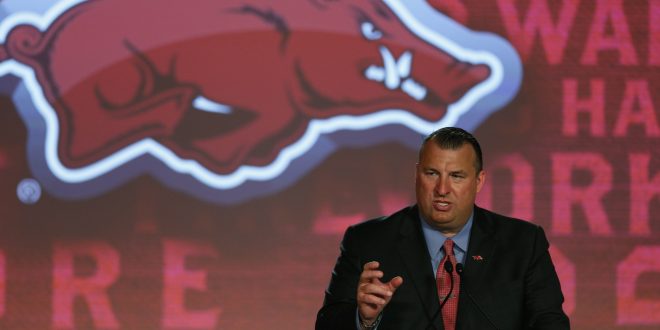 The Arkansas Razorbacks will begin their season by taking on the Louisiana Tech Bulldogs on Saturday.

Arkansas is coming off of an 8-5 season where they finished tied for third in the SEC West.  The Razorbacks capped of their season with a win over Kansas State in the Liberty Bowl.

Saturday’s game will mark the fourth meeting between the teams with Arkansas winning the first three contests.

Louisiana Tech named rookie J’Mar Smith as their starter for the season opener. According to Bielema, Smith was an SEC prospect and his physical abilities will present a threat to the Razorbacks.

Junior Austin Allen will be under center for Arkansas. The game will mark his first start after making just two appearances in 2016.

To find out which team might be ready to take a leap, tune in Saturday at 4 p.m. on the SEC Network.

Previous Preview: Alabama vs. USC
Next A Night To Remember For Steve Spurrier