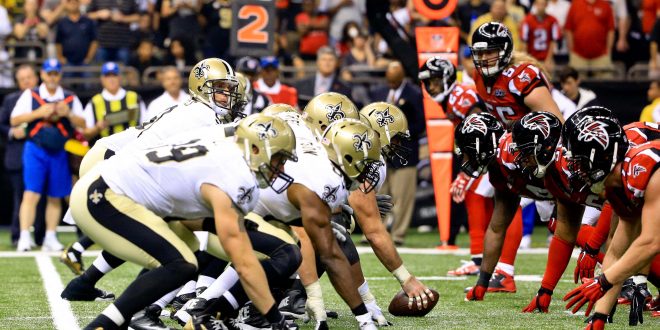 The New Orleans Saints are marching into the Superdome tonight against the Atlanta Falcons.

Tonight’s game marks the 10-year anniversary of the face-off between the two teams right after the devastation from hurricane Katrina in 2006.

With the Saints hoping to make their first win of the season, there’s a good chance they could be without seven starters this game due to injuries.

Left tackle Terron Armstead (knee), cornerback Delvin Breaux (fibula) have already been ruled out and starting cornerback P.J. Williams was placed on injured reserve with a concussion this week. Safety Kenny Vaccaro (ankle), defensive tackle Tyeler Davison (shoulder/foot), linebacker Dannell Ellerbe (quad) and tight end Josh Hill (ankle) are all listed as questionable along with defensive end Cameron Jordan.Saints wide receiver Willie Snead (toe) was labeled a game-time decision but the team wanted another week of rest and will not be expected to play this game.

Falcons quarterback Matt Ryan knows  the game will be tough, but he has confidence in his team.

For the Falcons, those among the injured aren’t quite as substantial. Offensive line backer De’Vondre Campbell (ankle) and line backer Paul Worrilow (groin) are out. Wide receiver Julio Jones (calf) was labeled as  questionable but has since been cleared and will be out on the field.

Former Gator Keanu Neal is expected to make his NFL debut after a knee injury.

Neal finished his Gator career third on the team with 96 tackles, including a team-high 51 solo tackles.

Felt amazing getting back out there today!

Tonight’s game starts at 8:30 p.m. at the Mercedes-Benz Superdome in New Orleans.