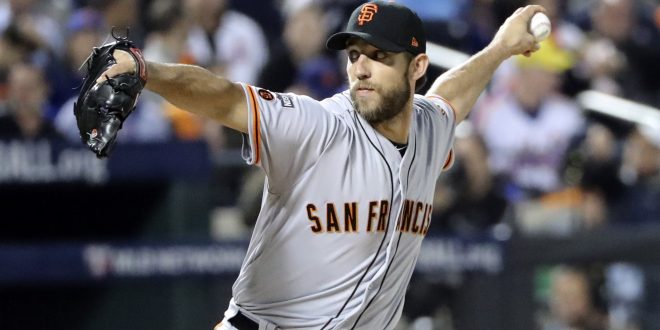 The game featured a pitching duel between Giants starter Madison Bumgarner and the Mets’ Noah Syndergaard. Both starters did not allow any runs through seven innings. Syndergaard left the game after a spotless seven innings and 10 strikeouts.  New York closer Jeurys Familia, however, could not get the job done.

In the top of the ninth inning, San Francisco backup third baseman Conor Gillaspie, hit a three-run homer off Familia, scoring Brandon Crawford and Joe Panik to score. Gillaspie says the feeling of hitting this home run for his team is indescribable.

Familia has been excellent as the Met closer, setting a franchise record with 51 saves for the season. Mets manager Terry Collins says the team got to where they were because of Familia and defends his decision to put him on the mound for the ninth inning.

All eyes were on Bumgarner as he allowed only four hits and shut out the Mets. Bumgarner has pitched 23 innings in winner-take-all baseball games in the postseason and he has not allowed a run, an MLB record. Bumgarner says he doesn’t go into these kinds of games scared and that much has been obvious. Giants manager Bruce Bochy says the team’s win depended heavily on Bumgarner pitching his best game.

The Giants’ next opponent is the Chicago Cubs in the NLDS. The Cubs were 103-58 this season, winning 16 more regular season games than the Giants. Going head to head with the best team in the league could prove to be a difficult feat for the Giants.