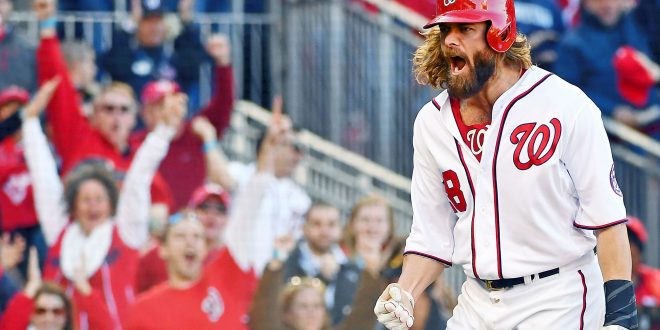 In Game 2 of the series, Nationals second baseman Daniel Murphy went 3-for-4 to lift the Nationals, but it was catcher, Jose Lobaton’s three run homer that put up the Nats in the series.

Lobaton hit it off lefty pitcher Rich Hill who didn’t execute as he expected against the Nats. Hill hopes the home field advantage will rub off on the Dodgers for the upcoming game.

While Hill is disappointed with his performance, other players are fine with winning an away game and leaving Washington with the series split.

Dodgers shortstop Cory Seager expresses that the team didn’t produce when it mattered, but at least heads back home with a win on the road. Seager who has homered in both games looks to move forward and continue hitting well this post season.

For Game 3, Dodgers’ Kenta Maeda and Nationals’ Gio Gonzalez will be on the mound.

The first game in LA will be Monday at 1 p.m.

@andresjimenezj4
Previous ALDS Preview: Red Sox and Indians Move to Boston for Game 3
Next Ronni Williams Leads the Gators into 2016