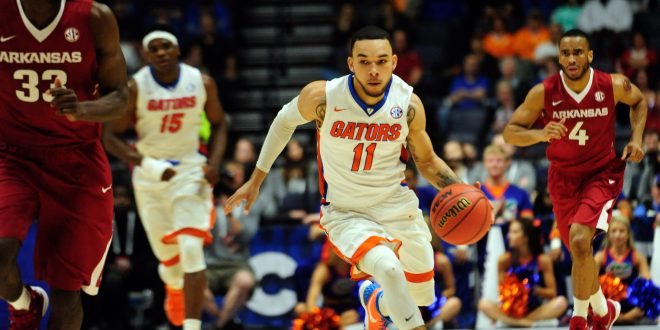 Let the College Basketball season begin. November 11th marks the start of the 2016 season, and the Florida Gators are ready to get back to the NCAA Tournament. They will be led by players such as senior guard Kasey Hill, and juniors Chris Chiozza and Devin Robinson.

Although Hill is the oldest returning player for the Gators, Chiozza is expected to occupy the starting point guard spot. Gator Head Coach Mike White changed his starting lineup quite often during the 2015-2016 season, but it was Chiozza who started 22 games, while Hill started in 17. Hill scored the ball at a slightly higher rate, but Chiozza averaged more assists, rebounds, shot better from the free-throw line, and had a better assist/turnover ratio.

Chiozza is in an interesting position this year. He is officially one of the leaders of this Gator team and should have the spotlight on him throughout the entire season. The Memphis, Tennessee native is a talented player on both ends of the floor, but he doesn’t have the ideal size for an NBA caliber point guard. With NBA Draft Room and DraftExpress not projecting Chiozza to be drafted at all, he will have to prove to NBA scouts that his size shouldn’t factor into his draft stock.

The best way to do so will be to perform at a higher level than he ever has in his first two years in college. The Gators had some good moments last season, but playing under a new head coach and having to learn an entirely new system isn’t easy. Chiozza says the team is all in on Coach White this year, and it should make the team better as a whole. The team struggled offensively, especially from behind the free-throw and three-point lines. Chiozza only shot 32 percent from long distance, but hit nearly 80 percent of his free throws. If he can shoot closer to the 40 percent mark from three then the Gators offense will be much more consistent than it has been in year’s past. It’s plays like these that will help propel this Gator squad back to the Big Dance.

What to Expect this Season

The Gators lost their leading scorer and rebounder in Dorian Finney-Smith to the NBA, but the remainder of the roster is in tact. The Gators also added three freshman and a graduate transfer in Canyon Barry. Chiozza says the team’s experience is going to play a big factor in the team’s success this season.

It doesn’t matter how you look at it; Chris Chiozza is going to play a huge role for the Gators this season. Whether its becoming one of the team’s leading scorers, improving his assist numbers, or just getting it done on the defensive side of the ball, he will be one of the leaders of this team.

You can see Chiozza and the Gators in action this Friday night against Florida Golf Coast University. You can catch the game live on SEC Network+, or tune into the Gator IMG Sports Network to hear the call. 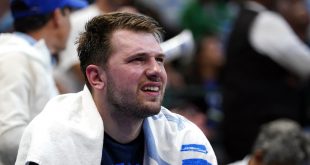 On Tuesday night, in Game 4 of the Western Conference Finals the Dallas Mavericks overcame …