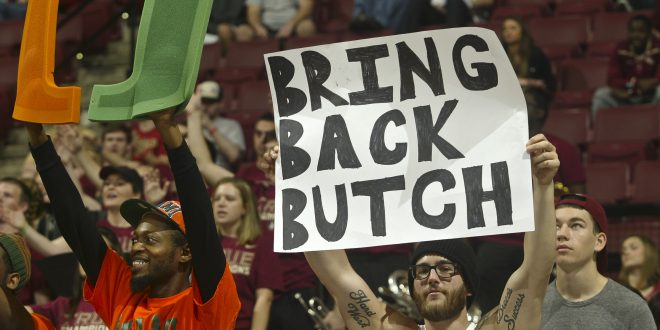 Every time Butch Davis’ coaching career seems to hit a roadblock he bounces back with new hope.

Tuesday Davis made it clear he’ll be investing in FIU. Although Davis have never watched a Panther’s game he expects to learn their style in their final two games.

From 1995 to 2000, Davis had a  51-20 record while at Miami . The year following Davis’ departure, the Hurricanes won the 2001 national championship. During that time Davis was with the Cleveland Browns. While working with Cleveland that year, he led them to the playoffs in the 2001-02 season—the last year the Browns have competed in the NFL playoffs.

Davis then went on to coach the University of North Carolina football team. He coached them from 2007 through 2010. His coaching tenure at UNC ended shortly after the NCAA investigations on improper benefits and academic misconduct for athletes and recruits.

The terms of Davis’ settlement with the UNC prevented him from taking a coaching position, and he was instead hired as an advisor to Greg Schiano who was the head coach of the Tampa Bay Buccaneers. Shortly after, Davis became an analyst for ESPN before becoming the fourth coach for FIU.

Davis is ready get back on the sidelines and coach the kids. The kids are the reason he does it outside of his passion just for football.

Davis also added that the alumni base and academic rank of FIU also influenced his decision to coach the Panthers.

Davis will be facing one of his former teams, now in city rival—Miami. The Hurricanes and the Panthers are scheduled to resume their series in 2018 and 2019. 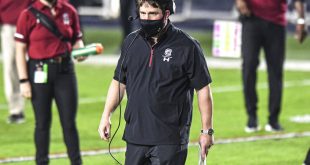 Will Muschamp has been fired as head football coach at the University of South Carolina. …