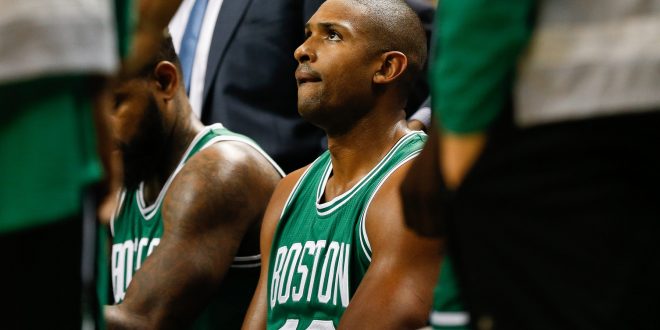 The Celtics 106-105 loss under the New Orleans Pelicans marks as the seventh straight game the C’s are missing Al Horford.  He’s been out for over three weeks since he suffered a concussion during practice on Oct. 31.

The Celtics reported on the day of the injury that he was asymptomatic and cleared to practice.  The symptoms resurfaced the following day placing him on the league’s concussion protocol program, according to Sherrod Blakely of CSNNE.com.

Horford, 6-foot-10 former Gator, attended Florida from 2004-2007, making himself a member of the back-to-back national championship squad under Billy Donovan.

Every recent game has left media outlets previewing the game with “Al Horford may return,” but no one has yet to be proven right.

Boston brought him on their two game road trip through Indianapolis and New Orleans with hopes he would find himself back out on the court, which did not play out.

Horford came back to practice on Nov. 10, but only just ran through his first full practice on Tuesday.

He said he has felt good with his workouts since then, which is a good sign, but he still is not confident enough to play in an actual game.

Horford said he wants to be back out on the court more than anything, but he also does not want to be set back by going back out too early. He’s continued to feel better every day, but he’s not quite ready to play.  I don’t want to put a timetable on it because it’s how he feels day to day. -Head Coach Brad Stevens

Horford planned to participate in Monday’s practice but ended up being sent home.

The game environment itself may even be too much for Horford because of the bright lights and sounds.  He said that he was encouraged to be almost done with therapy, but he is really frustrated that his rehab has taken this long, according to Gary Washburn of BostonGlobe.com.

As of now, Horford will not be playing in Wednesday’s game against the Mavericks.

Gator Men’s and Women’s Swimming and diving are finally making a return. With Southeastern conference …