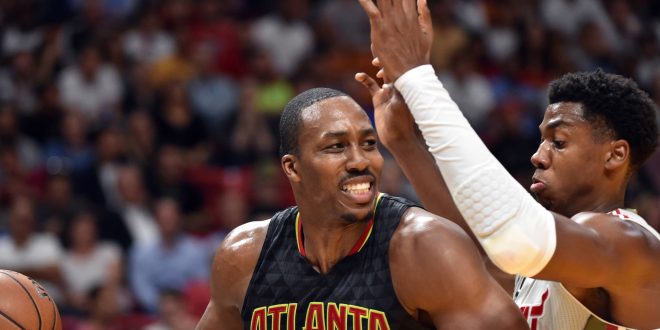 The Miami Heat’s story stayed the same Tuesday night. They came up short, dropping their sixth straight game of the season—this time to the Atlanta Hawks 93-90 in the American Airlines Arena.

The Heat gained ground and led for the majority of the first and second quarters. They hung in there with one of the best teams in the East, but they lost their edge two minutes before the half and Atlanta (8-2) capitalized on their slip ups.

Miami overcame Atlanta’s 10-point lead in the third quarter and eventually pulled ahead by two points late in the quarter, keeping the game within reach.

Dwight Howard got his eighth double-double, despite playing just 24 minutes and leaving the game early with a left quad contusion.

The Hawks regained control for the remainder of the game. Miami trailed by one point twice in the final 13.6 seconds, getting tantalizingly close to clinching a solid win, but Atlanta sealed the win with its free throws.

Heat head coach Erik Spoelstra says his team needs to keep working hard and staying positive to get out of their slump.

Two starters were out for Miami, which could have contributed to its setback against the Hawks. Goran Dragic was out with a sprained ankle and Justise Winslow sat with him with a bruised left wrist.

"Hassan is putting himself out there in the competition. He's trying to make big time plays on both ends of the court." – Coach Spo pic.twitter.com/SjKOWjM9cb

Whiteside says Miami has to keep fighting through this tough stretch.

The Hawks will host the Milwaukee Bucks on Wednesday at 7:30 p.m.

Miami will face the Milwaukee Bucks on Thursday at American Airlines Arena at 7:30 p.m.