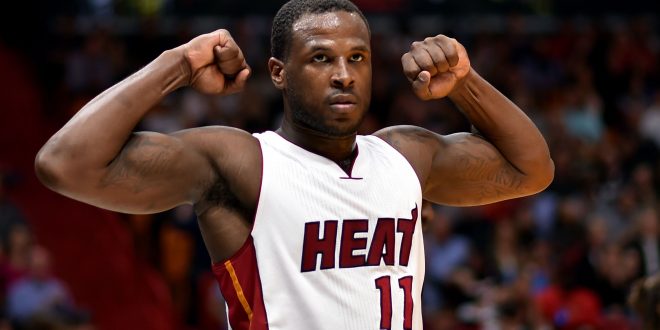 Milwaukee started the game strong as they mounted a 20 – 6 run from tip off. But Miami’s two-guard responded with 10 points in the second quarter as he found a rhythm of his own. Waiters continually attacked the rim and Milwaukee found it difficult to match his aggression. Along with his 23 point contribution, Waiters added seven rebounds and four assists.

Here’s a call from the game where Waiters made a tough shot to extend the Heat lead late in the fourth.

The Heat continued to find good play out of their back court, as point guard Goran Dragic returned from an ankle injury that sidelined him for three games. Dragic put up 16 points, 6 rebounds and four assists. With seven minutes left to go in the four quarter, Whiteside came up with a big block that lead to a Dragic corner three that solidified Miami’s lead.

At this point Whiteside’s name has almost become synonymous with big blocks and plenty of them. Last night was no different as Miami’s defensive anchor tallied seven send-backs. Milwaukee’s offense is centered around getting to the rim, as they don’t instill much of a threat when shooting from behind the arc. This proved favorable for the Miami center as he repeatedly denied entry to the Bucks’ drives.

Prior to this season, the Bucks were viewed as a promising young team with size and athleticism that could be used to outmatch opponents. They’ve shown flashes of their potential this season, but they find themselves  at a 5 – 6 record with only one road victory. Their woes away from their home arena continued as the Bucks struggled to mount much of a fight in Miami.

Antetokounmpo and power forward Jabari Parker, deemed by some to be the Bucks’ go-to players, combined to go 10 for 35 from the floor. Whiteside locked down the paint, which shut down Milwaukee’s primary offensive game plan.

Something to note from last night’s game: Bucks center Greg Monroe was scratched from the lineup. Currently there are no injury reports out of the Milwaukee camp regarding Monroe. Head Coach Jason Kidd hasn’t come out publicly saying anything regarding the sixth year center. But it’s difficult to imagine a scenario where Monroe is a healthy scratch. He could’ve been a possible remedy for the Bucks’ matchup issues close to the basket. To be fair, Monroe’s play hasn’t been stellar this season as he averages 9.7 points per game and 7.4 rebounds per game.

Last night’s victory should be a good mark to put Miami back on the right track. They’ll carry this momentum into their upcoming road trip where they face Washington, Philadelphia, Detroit and Memphis. Previewed as a playoff contending team in the East, the Heat sit at a 3 – 8 record. They face the Wizards tomorrow night. The game is slated to start at 7 p.m. Washington is 3 – 8 and are coming off of a big win against New York.

As for Milwuakee, they continue their home stand against Steph Curry and Golden State tomorrow night. The Warriors are 9 – 2 this season and hope to continue their five game win streak. 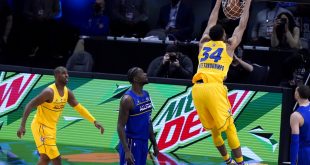