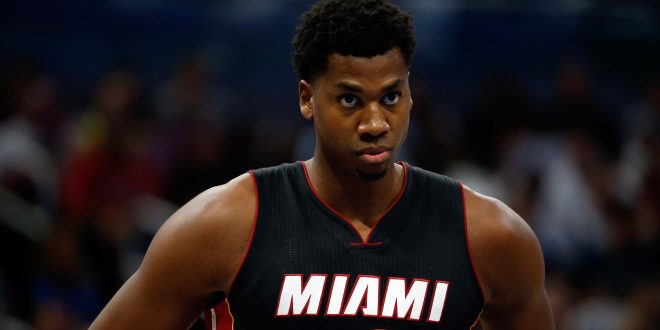 Hassan Whiteside tallied 28 points paired with 20 rebounds to notch his 26th double double in the Miami Heat’s 107-95 loss to the Golden State Warriors.

Whiteside’s stat line resulted in not just one record, but multiple. When he grabbed his 18th rebound, Whiteside passed Shaquille O’Neal for 11th place on Miami’s All-Time rebounds list. Additionally, he became the quickest player in Heat history to eclipse 500 rebounds in a single season. Whiteside also extended his streak of snatching eight or more rebounds to a franchise-high 50 games. 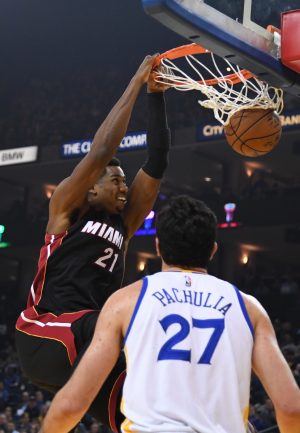 While the Heat (11-29) were unable to come away with a win against the Warriors (33-6), head coach Erik Spoelstra made it evident prior to the game what their goal was.

The Heat were able to achieve that goal, as well as keep it close for most of the game. Not only did Miami keep it close, but thanks to forward James Johnson, the team was leading at the end of the first quarter due to a SportsCenter top ten play.

Days ago, ESPN’s Zach Lowe said on his podcast: “I think the Heat are open for business. Up and down the roster, literally every player. Literally no one is untouchable, not even Hassan Whiteside, by a long shot.”

However, a Heat spokesman responded to Zach Lowe’s comment and made it clear the organization is not actively seeking to trade Whiteside. But he also did not deny the team was at least listening.

Hassan Whiteside displayed Tuesday night why he deserves the $98 million contract he received in the offseason.