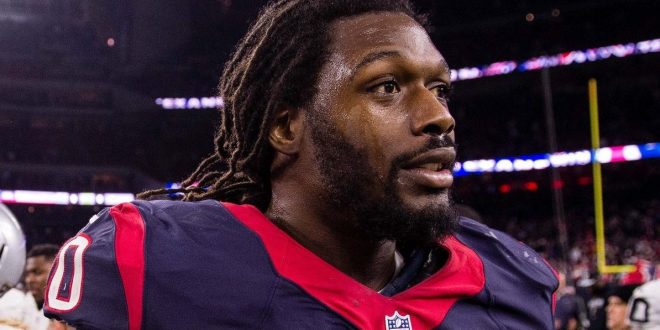 The saying has always been “it’s hard to beat a good team twice,” and in many situations this statement holds true. For the Houston Texans, they are standing by this assertion as they will travel to Gillette Stadium this weekend to face Tom Brady and the dangerous New England Patriots. Year in and out, we hear about the great Patriots and how unstoppable they are especially at home, but head coach of the Houston Texans, Bill O’brien, knows what he is getting himself into after previously coordinating the offense for the Patriots.

Coming Off a Big Win
The Houston Texans are coming off of a big win at home against the Oakland Raiders. Although the Raiders were at a loss not playing with star quarterback, Derek Carr, Texans star players Brock Osweiler, Lamar Miller, and Deandre Hopkins along with Ja’Daveon Clowney and Whitney Mercilus showed signs of a winning team and will look to carry that over to this weekend. This was Houston’s first playoff win since the 2012 season and it couldn’t have come at a better time.

How Can the Texans Win?
With one of the biggest spreads in the history of the divisional playoff at -16 for the Patriots, it is supported by the 1-7 all time record for the Texans when facing the Patriots. That comes along with a 27-0 routing the Patriots put on in Week 3 against the Texans with third string quarterback Jacoby Brissett playing. As we have gotten deeper into playoffs, we have found that the Houston Texans defense is ranked number one even without star defensive end, J.J. Watt. They have given up an average of 17 points in their last five weeks and although there offense won’t put up a ton of points, they will look to their defense to make some key stops.

Brock Osweiler lived in this moment not too long ago as he led the Denver Broncos over the New England Patriots 30-24 in an overtime victory last year. He knows what the Texans need to do in order to win this game. This includes not turning the ball over, playing smart, and connecting on the down field balls especially when the Patriots are playing man to man defense.

Motivation?
The Texans have gained a lot of motivation heading into this game. This motivation not only comes from the Patriots getting the 16 point spread, but the constant underdog mentality all season. All season, the Texans feel like they have had people putting them as the underdog and they have turned this into motivation. Defensive end, Ja’Daveon Clowney said that the fact that they’ve been placed as underdogs all season has given them motivation to prove why they are in the divisional round of the playoffs.

Even Tom Brady claimed that this will be the toughest defense he has faced all year, which is saying a lot considering his unbelievable statistics even after missing the first four games of the season.

The Patriots have only gone one and done twice in fourteen years under Bill Belichick. Will Bill O’Brien and the Houston Texans make it the Patriots third one and done loss in fifteen seasons? Make sure to catch the game Saturday night at 8:15 P.M in Foxborough.