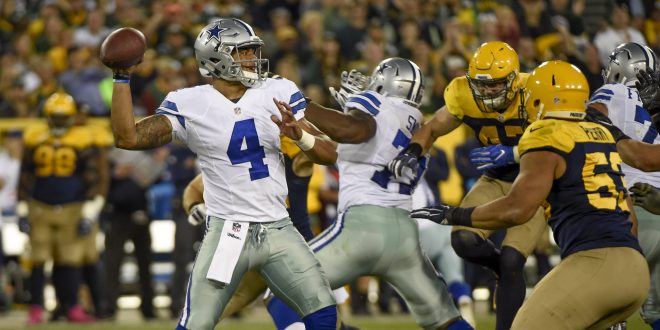 Battle For the Title of ‘America’s Team’

The Dallas Cowboys finished the season with a 13- 3 record, and are the top seed in the NFC playoffs. For Sunday’s 4:40 PM match up  against the Green Bay Packers, the Cowboys will have the home-field advantage as the game will be hosted at the AT&T Stadium in Arlington, Texas.

The match up not only who goes to the NFC Championship game. It’s also about who wins the coveted title of ‘America’s Team”. For years, the Cowboys have held this prestigious title, followed by the Packers. The time as come for these two team to defend for the title. This will be the eighth time the franchise will face off in postseason. The big question is will the home-field advantage set the Cowboys up for a Super Bowl run?

America's team plays Sunday. So do the Cowboys. pic.twitter.com/N42eJ7YSZJ

For true fans, many will remember the Cowboys- Packers postseason game back in January 2015. This is not the best memory for Dallas but this time the revenge will be at home. The Cowboys have already beaten the Packers once this season with a 30 – 16 victory back in October in Wisconsin. One big difference from that game is that Dez Bryant, 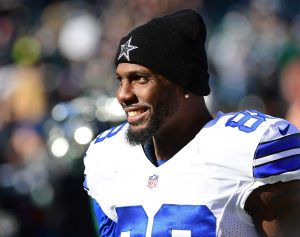 Cowboy’s reciever, did not play that game. Even though Bryant let the season slip away in 2015 he will not let the Cowboys great season slip through this hands this time without a good fight and possibly a Super Bowl ring.

A lot of doubts are still in mind. The Cowboys rookie combo of quarterback Dak Prescott and running back Ezekiel Elliott can keep exceeding expectations in the postseason.Can a rookie quarterback do something no rookie quarterback has ever done before? Win a Super Bowl? There is immense pressure on him. He looks like he can handle it, but he definitely needs to focus. The team also has the best offensive line since the 1970s.

Other than the home field advantage this game, the Green Bay Packers had to play last weeks game against the Giants. The team might be still beaten up from that match up.

The team has Aaron Rodgers. 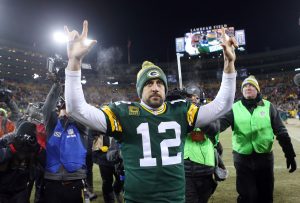 There is truly no comparison to Cowboys rookie quarterback.  The list of quarterbacks who have started divisional- round playoff games as rookies is a pretty short one but they do include Russell Wilson and Dan Marino. 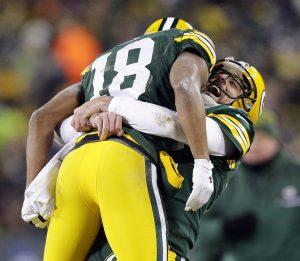 Other than Rodgers, the packers also have wide receiver Randall Cobb. The last game over the New York Giants, Cobb’s scored three touchdowns and caught five passes for 116 yards and three touchdowns. Cobb’s also caught a 42- yard Hail Mary reception pass against the Giants. Cobb said, “Being able to play, I just tried to make plays when I’m presented with those opportunities and put our team in a great position for a win. ”

No doubt that Rodgers and Cobb are a dynamic duo but will this help them defeat the Cowboys?

The Battle for the Title starts on Sunday at 4:40 PM on FOX.

Hello my name is Kaitlin Alexander, a passionate story teller and lover of sports. Fun facts about me: I am a world traveler, interviewed all three UF Heisman Trophy winners, and a former intern of Bleacher Report. Follow me on Twitter: KalexanderUF
@KalexanderUF
Previous Houston Looking For an Upset in Foxborough
Next Gator Gymnastics Win Home Opener Against Kentucky