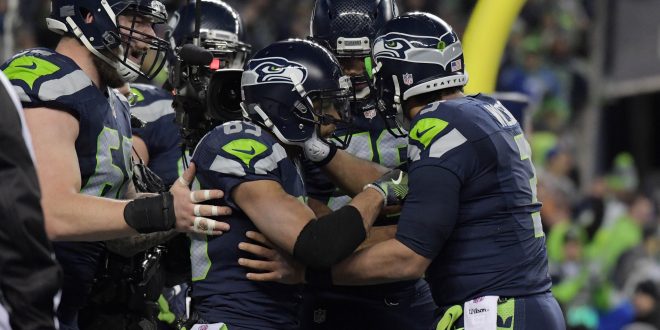 The Seattle Seahawks (11-5-1) will travel to the Peach State to take on the Atlanta Falcons (11-5) this Saturday for a trip to the NFC Championship Game. The Seahawks have emerged as a constant playoff threat, qualifying for post-season play for five years straight, tying a franchise record. Though, historically they have struggled in the Divisional Round posting a record of 4-6 all-time.

Historically Against the Falcons

Seahawks.
Falcons.
A Divisional Round showdown in Atlanta. #GoHawks pic.twitter.com/BgNEYeXpAL

These two teams have met already once this season in Seattle back in Week 6, where the Seahawks defended home field, winning 26-24. Though, the only prior playoff meeting between these two teams favored the Falcons, eliminating the Seahawks from the 2012 playoffs. The Seahawks will look to repeat their success from their last meeting but this time, on the road.

Last weekend, the Seahawks exploited the Detroit Lions defense for 387 yards but they didn’t gain it in their usual fashion. They ran the ball right at the Lion’s defense for a total of 177 yards as running back Thomas Rawls put in a spectacular performance. Rawls became the first Seahawk to run for one-hundred yards in a game this season and will hope to continue his success.

The Seahawks, however, will look to exploit one of the worst secondaries in the league this weekend. The Falcons have allowed 267 passing yards a game ranking them at 28th in the league. Quarterback Russell Wilson will be key in the game and could find success as he is the fourth leading passer in the NFL.

The Seahawks defense has been dominant all year, but will they be able to handle Atlanta’s high flying offense?  The Seahawks could be up for the task boasting the league’s 5th best defense and hopes to smother Atlanta’s offense.  Atlanta has had a lot of success through the ground this season but unfortunately for them not against the Seahawks.  Seattle held the Falcon’s to 52 rushing yards in their previous meeting and will look to repeat that performance.

The Seahawks will hope they won’t repeat their pass defense performance as they got scorched in the secondary.  They allowed over 310 passing yards to the Falcons, which was the second most all season.  If they want to advance, they can not allow Matt Ryan to exploit a rather talented secondary.

Battle of the Birds