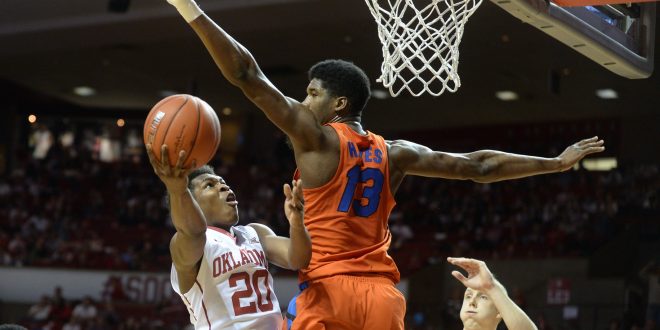 If you had to pick two SEC teams trending in completely opposite directions, Missouri and Florida would be the choices. Thursday night’s game between the Tigers and the Gators will be checkpoints in two very different seasons for two very different teams. UF is coming off of back-to-back 30+ point victories against LSU and Oklahoma. Mizzou has lost their past 12 games and has not won back-to-back games since the start of December. A win for the Gators would solidify themselves again as one of only three dominant teams in the SEC. A win for the Tigers would signify a positive turn in an already lost season.

As noted before, Missouri has been through a bit of a rough stretch, with their most recent win coming on December 6 against Miami (OH). The Tigers are 0-8 in SEC play and haven’t won an in-conference game dating back to February 16 of last season. Mizzou has now lost their past 13 SEC games spanning back to last season. Missouri is losing their in-conference games by an average of 10.1 points. Some of the Tigers’ worst overall losses this season include North Carolina Central, Davidson, Eastern Illinois and Lipscomb. Despite Mizzou’s woes, Florida Head Coach Mike White said that he needs his guys to be explosive and ready for Thursday’s game.

Beasts on the Boards

The one positive surrounding Missouri basketball right now is their ability to rebound. The Tigers are the second-best rebounding team in the SEC and rank t-31st in the nation with 39.3 boards per contest. In contrast to Mizzou, Florida has been outrebounded in four of their first seven in-conference matchups. The attack on the glass is led by sophomore and previously unranked recruit Kevin Puryear. Puryear is averaging 11.6 points and 6.7 rebounds per game, leading the team in scoring. The underclassman has grabbed at least eight rebounds in two of his last three games and is averaging 15.3 points per game in the same span.

The Tigers’ other main threat on the boards is Texas-transfer Jordan Barnett, who has been a solid contributor, adding 11.5 points and 6.6 rebounds per game. Despite scoring only two points in the team’s most recent loss to South Carolina, Barnett finished with 18 and 11 points respectively in Missouri’s two games before. Coach White commented on the Tigers’ rebounding ability.

The SEC held their own this past weekend against arguably the best or second best conference in college basketball. The Southeastern Conference went 5-5 against the Big 12, supplemented by an 84-52 victory by the Florida Gators over the Oklahoma Sooners. UF ended the game on a 17-2 run and looked dominant on the road for the second straight game. Mike White mentioned that it was a solid overall day for the SEC against a very competitive conference.

Kevarrius Hayes had a career day, finishing with career-highs in both points (20) and rebounds (9), coming just short of his first career double-double. When talking about his confidence at Tuesday’s press conference, it was also brought up that Hayes was class president from sophomore to senior year in high school. Kevarrius reminisced about the experience to the media. Coach Mike White also had great things to say about Hayes’ play against Oklahoma.

Florida is now the 10th ranked team in KenPom’s rankings, placing 24th in offensive efficiency and 6th in defensive efficiency. The Gators rank 66th in the nation in points per game (78.7) and 53rd in points allowed per game (66.1). In their last four games, UF has given up an average of 61 points per game, holding LSU to 71 points and Oklahoma to 52 points. Even in games where his team’s offense has been inconsistent, Mike White has routinely touted defense as both the team’s biggest strength and biggest focus coming into each game.

In the lastest Bracketology, the Gators are a 5-seed, taking on UNC-Wilmington in Greenville. UNC-Wilmington is the pride of the Colonial Athletic Association. In the newest AP Poll, the Gators moved up one spot to #24. The SEC finishes another week with three teams in the AP Top 25, including Kentucky (No. 8), South Carolina (No. 19) and Florida (No. 24). No other Southeastern Conference received votes this week.

Thursday night’s game tips off at 7 p.m. from the Exactech Arena at the O’Connell Center, and can be seen on ESPN2 with Jason Benetti, Sean Farnham and Seth Greenberg on the call. If you can’t watch the game, you can listen as always on the Gator IMG Sports Network with Mick Hubert and Bill Koss on the call.

Canyon Barry is all but fully healed from an ankle injury sustained in practice, but Keith Stone is another story. Stone is dealing with an ear infection and missed Tuesday’s practice. Coach White said that Stone is seeing a specialist and that he is essentially out indefinitely.