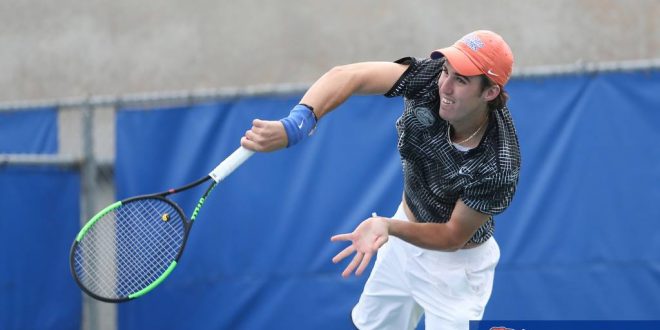 It has been an exciting couple of days for Florida’s Men’s Tennis team.

Perez was able to pick up two single wins in the No. 1 position over the weekend against No.8 USC and No. 6 UCLA at the time. Perez has improved to a 5-0 dual singles record and a 12-3 overall singles record for the season.

Perez also improved to No.9 in the rankings, moving up four spots from his No.13 preseason ranking.

With the wins over the weekend, Florida’s team as a whole moved up five spots to No.6 in the latest Oracle/ITA Collegiate Rankings.

In the February Individual rankings, five Gators made it in singles and one doubles pair made it as well.

Florida will travel to Charlottesville this weekend to take on top ranked Virginia on Saturday. Match is set to begin at 5 p.m.