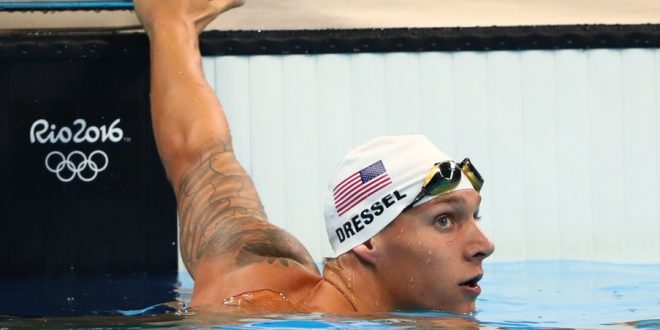 The Florida men’s and women’s swimming and diving teams begin the post season today in Knoxville, Tennessee with the SEC Championships. For the next five days the sixth-ranked men’s team looks to capture its sixth consecutive conference title and the 19th-ranked women’s team will look to improve on its sixth place finish from 2016.

The Gators are returning quite a few defending SEC champions that’d would like to repeat in 2017. Olympian Caeleb Dressel won the 50 and 100 freestyle events at last year’s SEC championships, and also for the past two years has placed first in the 100 fly. This decorated junior is a 14-time All American, 2016 Male Swimmer of the Year, NCAA champion, SEC champion and Olympic gold medalist. He is Florida’s team leader and many believe he has a good chance at repeating his SEC titles from 2016. For the past three seasons, Gators have also claimed titles in the men’s 200 free, with Dan Wallace winning in 2014, Mitch D’Arrigo in 2015 and Polish Olympian Pawel Werner taking the title in 2016. And in relays, the men won the 200 free and medley relays, 400 medley relay, and the 800 free relay. Florida looks to build upon the success it has had in past SEC championships and are hoping for another good outcome in 2017.

As one of the longest conference championships, the five-day spread will put the Gators to the test. The competition begins today at 10 a.m with timed trials and each day will have prelims in the morning and finals in the afternoon. Below is a list of the daily events that will take place for the SEC Championships.

You can follow along with the results on utsports.com or catch the action live on SEC Network +.