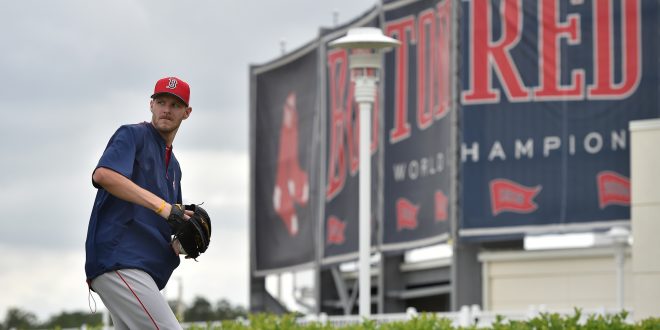 This week, Major League Baseball shakes off its coat of snow and begins warming up with spring training drills. On Monday, the Red Sox’s pitchers and catchers reported to camp. By the end of the week, the entire team will be in Fort Myers, Florida stretching, running through drills and getting acclimated to new expectations and new teammates.

There are hefty expectations on the Sox squad that finished last season atop the AL East with a 93-69 record. This season, they do expect to get further than last year where the Cleveland Indians ultimately swept them out of the ALDS. But to do that, those high expectations need to shift from the lineup to the pitcher’s mound.

There’s a glaring hole in the Red Sox lineup. No longer will the booming voice of David Ortiz ring through the dugout. The 40-year-old retired last year in one of the greatest final seasons ever. He led the league in slugging, OPS, RBI and doubles. His bat helped propel the Red Sox to baseball’s best team average (.282), on-base percentage (.348) and slugging percentage (.461), as well as the most runs (878).

The team knows there’s no replacing that, but they’re well-equipped to still be a top five AL offense. MVP runner-up Mookie Betts and shortstop Xander Bogaerts are the new faces of the team and, along with veteran Hanley Ramirez, should shoulder the majority of the offense. But rookie outfielder Andrew Benintendi, third baseman Pablo Sandoval and Ortiz’s replacement Mitch Moreland need only be average to ensure there are no black holes in the lineup.

Thankfully for Boston fans, GM Dave Dombrowski didn’t sit on his hands this offseason after losing Ortiz. Sticking to his reputation, he traded elite minor league talent for win-now players. In December, he shipped four prospects to the White Sox for ace left-hander Chris Sale and his team-friendly contract. The 6-foot-5 FGCU graduate owns a sparkling 3.00 ERA with 10 K/9 and 2.1 BB/9 in 1110 innings.

Sale fronts the rotation now and while he’s eager to get them to the playoffs, he’s not placing any pressure on himself because he knows the team has been there before.

Here’s what the 2017 ZiPS projections, computer-based numbers run by sabermetrician Dan Szymborski, have to say about the starters:

According to Baseball Prospectus’ PECOTA projections, the Red Sox are expected to win the AL East with a projected 90-72 record.

The team has their first full workout on Feb.17 and their first MLB spring straining game is on Feb.24 against the Mets.