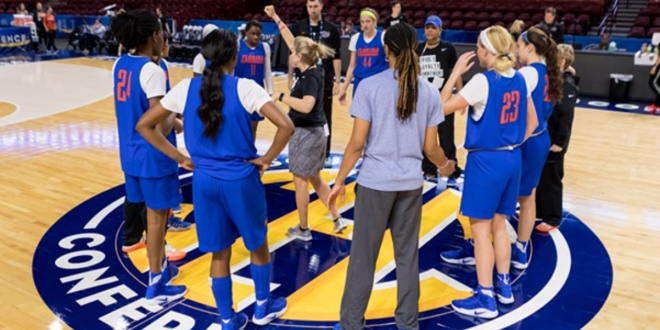 The Florida women’s basketball program will enter another phase after head coach Amanda Butler was fired Monday after 10 seasons on the job.  Florida ended the 2016-17 season with a 67-48 loss to Texas A&M in the second round of the SEC Tournament last week. The Gators finished the season with a 15-16 record and a 5-11 record in the conference, leading to Butler’s dismissal. She was emotional after the loss.

Ronni Williams too was emotional as her college career came to an end.

Senior guard Simone Westbrook, who’s season was lost due to an ACL tear, will return next season for the Gators. Losing Westbrook for the 2016-17 season was a tough blow for the team that thought it could go to the NCAA Tournament.

Want to see how much being a Gator means … But get some tissues first … #GatorSisters https://t.co/YWNoxdJ2g9 pic.twitter.com/TswnQM2856

With the firing of Butler, the Gators must now hold on to a recruiting class that many believed was one of the best Butler had recruited to Florida.  The recruits are:

When the class was officially announced, Butler was very excited for its potential.

“This is a very complete group on and off the floor. They all bring something special that is going to give them a chance to make an immediate impact on our team. Each individual meets a need and reinforces our team culture in her own unique way. Our TLC factor went up today. I love who each and every one of them are. Our future is extremely bright!”

Now, however, this group and the rest of the team coming back will be playing with a new coach.  Time will tell if success will come sooner or later, or at all.

Previous Florida Sweeps Columbia Over the Weekend
Next La Liga: Round 26 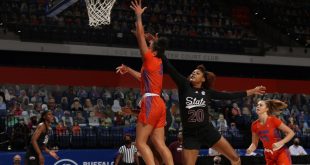