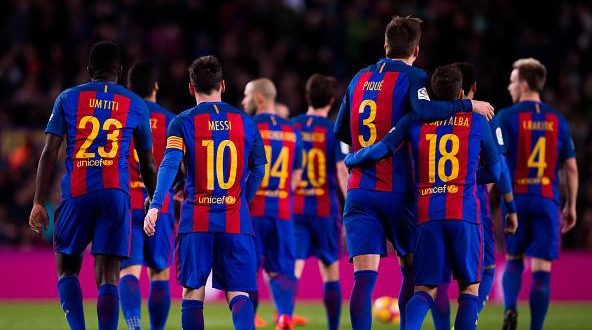 It has been a rough couple of weeks for Real Madrid. In just three games, they have allowed FC Barcelona and Sevilla FC to get closer in the title race – they lost 2-1 against Valencia CF, suffered to get a 3-2 victory against Villarreal CF, and tied 3-3 against UD Las Palmas. This remarkable victory against SD Eibar meant a lot to them not only because of getting the three points, but also because of the great performance of their players.

Real Madrid had to make two critical changes in their lineups because Cristiano Ronaldo was resting and Gareth Bale got suspended due to a red card in their game against Las Palmas. Marco Asensio and Lucas Vázquez replaced them. Zinedine Zidane did not have to change their 4-3-3 scheme because Asensio and Vázquez have the same characteristics of the Portuguese and the Welsh. Two natural wingers who provided velocity and depth to the offensive transitions.

The first 15 minutes of the game were a sign of what would be the rest of the game. Real Madrid had a fluid ball-movement thanks to the pace established by Luka Modrić in the midfield area. His ability to create passing lanes allowed James Rodríguez to move freely and alternate positions up front. This created problems to the center-midfielder line of Eibar. Dani García and Gonzalo Escalante had to constantly leave empty spots when doing the markings over Rodríguez and Modrić.

Karim Benzema benefited from this and ended up being the man of the match for his team. Benzema is a tricky player who sometimes is unfairly criticized because of his lack of goals. But in reality, he is one of the most integral members of his team. He has a remarkable playmaking ability that allows him to constantly change his role as pure center forward and a false “9.” Benzema was the main connector of his team against Eibar.

His dynamic all-around type of game allowed him to be involved in most of the offensive transitions. In fact, he participated in the four goals of his team. He scored the first two goals that were assisted by Asensio and Rodríguez respectively. In the third goal, he alternated positions with Vázquez and assisted Rodríguez from the right wing.

For the fourth and final goal for Real Madrid in this game, Benzema used his ability to control the ball while being under pressure. Benzema received the ball on the half of the pitch, drove it to the left side and dragged three rivals to him in order to give more space to Asensio. The Frenchman sent a well-measured long pass to Asensio. Asensio drove the ball through the left wing and passed it to Rodríguez. The Colombian shot the ball and hit the crossbar. But Asensio did not miss the opportunity and scored the rebound.

Real Madrid had total control of the game for 70 minutes. Eibar’s first clear chance on goal came in the 37th minute of the game. But everything changed after Benzema and Modrić were replaced by Mariano and Mateo Kovačić respectively. Real Madrid lost the control of the ball, spaces and time after making these substitutions. This allowed Eibar to find their normal pace and control the possession of the ball. They pushed Real Madrid back to their own box for 20 minutes. The first and only goal for Eibar came because of this. In the 72nd minute, Rubén Peña scored the goal after receiving a cross by Pedro León from the right side.

It was too late for Eibar even though they took the control of the game after Peña’s goal. Real Madrid won an always-difficult road game and put pressure on Barcelona and Sevilla to win their games. Ronaldo and Bale will be back on Tuesday when Real Madrid face SSC Napoli in the second leg of the Uefa Champions League knockout stage.