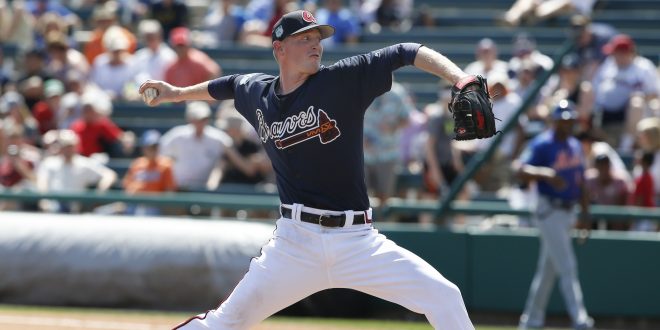 Opening day is around the corner and fans can hardly wait.

And now, the Washington Nationals have had an interesting run within the past few years. It seems as if almost every other year Washington has an incredible season and then the following year have a disappointing season.

According to the trend, the Nationals are coming off a great season with 95-season win, so how will this season pan out for them?

The Nats 2016 record was a stellar 95- 67. And while they seem to have a rollercoaster type of trend, it seems as if Washington is ready to win this season. With Nationals superstar, Bryce Harper’s free agency ending soon, Washington needs to come together this season and have another great one.

Back in 2015, the Mets had a phenomenal season and won the pennant. However last season, there was an unpredicted amount of injuries in the starting rotation that led to a wild card one-and-done. While they hope to have an incredible season, the Nats will definitely be a challenge for the Mets. Last season, the Mets ended with a record of 87-75.

The Golden Days for the Phillies are long gone. Back in 2012 Philadelphia was able to end their season with a record of 81-81 but since then, they have not been able to win more than 73 games. Last season, the Phillies has a rough offensive season, finishing last the NL in runs. The best thing for the Phillies to do this season is to work with the young players and fix all the problems within the team and then look forward to the next season.

Last season was hard for fans and the team with the unexpected loss of Jose Fernandez. Fans and players remember Dee Gordon’s homerun while he was wearing Fernandez’s helmet just after he passed away. It has definitely been an emotional time for Miami. The Marlins ended their season with a record with 79-82. There is no way they could replace the star player. The starting rotation will be rough and the outfield will need to lead the way for the Marlins.

The Braves are in the process of rebuilding and a lot of the focus has been on pitching prospects. According to Fox Sports, Atlanta added a trio of veteran starters to partake in the off season staff. The Braves are hoping to have veterans work with the young players so the team can become stronger. However, despite a tough season record of 68-93, the Braves are still projected to have a better season than other teams in the NL East.