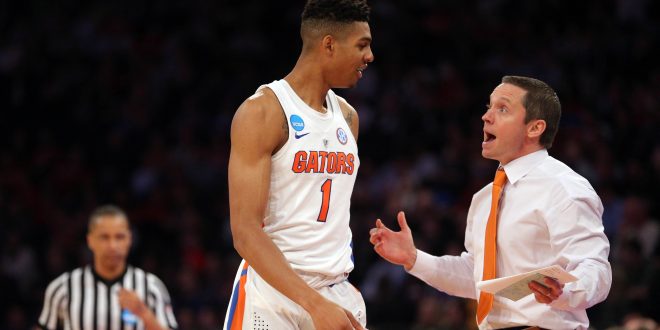 Devin Robinson has declared for the NBA Draft after his junior season ended with a loss in the Elite 8, via Gatorsports.com. Robinson will be doing so without an agent, making him eligible to return to Florida if he chooses to do so.

Another Crack At It

Robinson, who is 22 years old, is coming off his best season as a member of the orange and blue. He averaged 11.1 points per game, 6.1 rebounds per game while shooting 47% from the field and 39% from three.

According to draftexpress.com, Robinson is currently projected to be taken with the 34th pick by the Orlando Magic. The news shouldn’t come as a surprise to Gator fans. Robinson intended to do the same thing last season, before he was diagnosed with a foot injury.

Part of Robinson’s decision could have to do with his stellar play during the NCAA Tournament, where he averaged 13 points and 6 rebounds per game.

Florida F Devin Robinson putting his name in NBA draft without an agent – via @Gator_sports https://t.co/S7sAfRnfRz