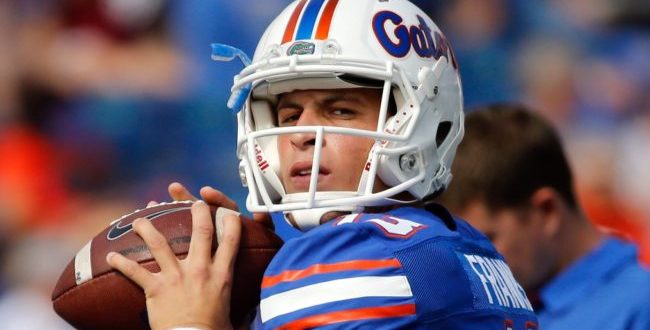 Both QBs Prepared to Receive Reps at Spring Game

GAINESVILLE, FL – The Gators are preparing to go through their last week of spring practice before the spring game this Friday night. At coach McElwain’s last press conference of the spring, he gave the media a lone “hint” on who the starting quarterback will be come fall : “You’ll find out.” Feleipe Franks is expected to be the quarterback for the first team come Friday night, as he has been practicing as the first string quarterback all of the spring. However, all three quarterbacks (Franks, Trask and Toney) have all gotten plenty of reps so far this offseason. Coach McElwain says that in last week’s scrimmage, both Trask and Franks got better with passing in the redzone.

On Friday night, the Swamp will fill with Gator fans looking to get their first look at the three quarterbacks. Last year, the lights of Ben Hill were too bright for Feleipe Franks, as he threw an interception in three of his first four passes. If early enrollee Kadaruis Toney does get some reps during the spring game, he’s likely to have some nerves when walking out onto Florida Field. However, coach McElwain thinks he will be able to handle the pressure. McElwain says during the team’s scrimmage, Toney really impressed him.