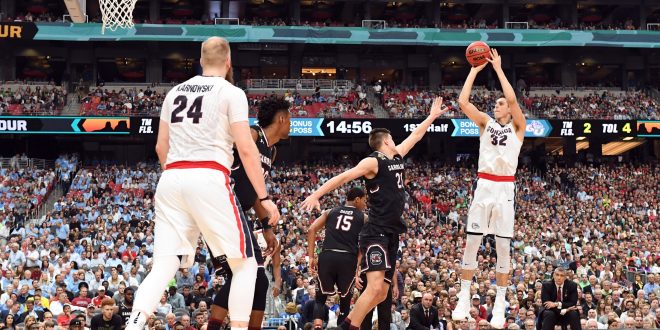 Tonight is the night every college basketball fan has been waiting for. It’s the night that the two remaining teams in the NCAA Tournament will be meeting in the National Championship. Gonzaga, the number 1 seed on the West side of the bracket, and North Carolina, the number one seed on the South side of the bracket, have both punched their tickets to Glendale, Arizona for the game tonight. The Tar Heels have made 47 tournament appearances and won five National Championship titles (1957, 1982, 1993, 2005, 2009). While the Tar Heels are going for their sixth National Championship, the Bulldogs are going to their first ever after 19 appearances.

In an interview, head coach Mark Few discussed how Gonzaga might not have the legacy of UNC, Duke, and Kentucky, but stated that they are still a power house to be reckoned with. With a win tonight, Gonzaga might be taking strides towards a championship legacy of their own. That won’t be an easy task though, as Mark Few knows how aggressive the Tar Heels play, especially under the basket.

He's a role model, a leader, a teacher & we are lucky enough to call him our coach.

Gonzaga definitely has the ideal size for any basketball team. The team has 3 guys on the roster over 7 foot, and an average roster height of 6’5”. UNC head coach Roy Williams discussed in an interview how tough the matchup will be because of Gonzaga’s size.

Be on the lookout for Tar Heel Kennedy Meeks tonight. He scored 25 points against Oregon Saturday night, and grabbed a total of 14 rebounds. His rebound game has been steady throughout the tournament, and he’ll be looking to stay hot with his shooting in this game. 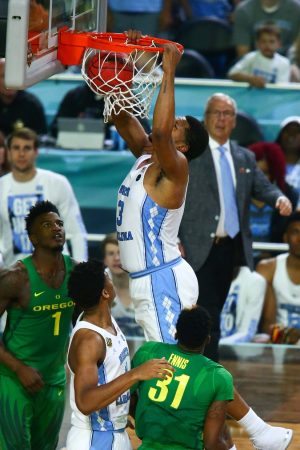 Nigel Williams-Goss of Gonzaga has scored at least 20 points in three of Gonzaga’s five games throughout the tournament. He had a big game against South Carolina Saturday night, shooting 56.3% on his field goals and scoring 23 points.

Seven-foot Gonzaga forward Zach Collins had a career-high 13 rebounds against South Carolina, doing so off the bench. He’s certainly proved to be a difference-maker in this tournament.

Did you pick North Carolina and Gonzaga in your Championship Game? There were a total of 18,797,085 brackets entered in the ESPN Tournament Challenge. A whopping 15.2% of those brackets have UNC winning the championship game. That’s the highest percentage for any of the 64 teams at the start the tournament. Meanwhile, Gonzaga was the fifth-most popular, winning in 8.5% percent of brackets.