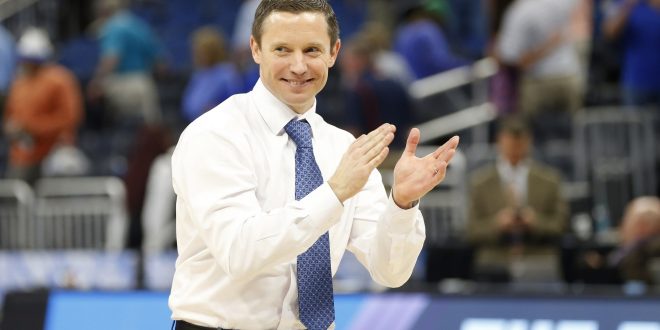 On Monday, the book closed on the 2016-17 men’s basketball season. North Carolina beat Gonzaga to redeem themselves after a heartbreaking loss the previous year.

The Florida Gators basketball team had no choice but to watch from home. Six days earlier, South Carolina eliminated them in the Elite Eight. It was an improbable run marked by impossible moments.

But everyone is already turning their eyes to next season and according to multiple outlets, the Gators are in line for some big things.

On Tuesday, head coach Mike White held his end-of-season press conference where he spoke about players that could leave and some new faces that might contribute.

White said he expected center John Egbunu and forward Devin Robinson to declare for the NBA draft. Egbunu might not be as gung-ho as Robinson, though, because he’s still recovering from an ACL injury and thus can’t showcase his abilities to potential teams. Each were big cogs in the starting lineup this season, though it speaks to the depth of the team that it got as far as it did in the SEC and NCAA tournaments without their starting center.

Why are there big expectations then for a team that lost its best option off the bench, and potentially three starters?

The answer lies within the evolution of those that are staying:

Leading that pack is PF Isaiah Stokes, a four-star recruit out of Tennessee. However, White told media that Stokes may not play next season because of ACL surgery. That didn’t stop White from gushing about him, though.

Love @Isaiah_Stokes game, nice touch on his shot, strong & plays under control + anytime you break a backboard that's a plus #Gators pic.twitter.com/Q34sNfeIMr

Small forward DeAundrae Ballard, who’s ranked higher than Stokes in some publications, is an all-around player who can be a big help if Devin Robinson indeed departs for the NBA. He’s been committed to Florida since April 2016. White says he reminds him of South Carolina’s Sindarius Thornwell because of frame and what he could be.

The forward parade doesn’t stop there. White is also bringing on board Chase Johnson, a 6-foot-8 power forward from West Virginia. Johnson isn’t as highly ranked as the others and may not see the floor much until his sophomore year. White thinks he can be a pure-stretch forward in time who has room to grow in his scoring game.

But perhaps the newest name Gator fans might want to keep an eye on is Virginia Tech transfer Jalen Hudson. He can be a big scorer (at least 11 points in 12 games in 2015-16 season, three 20+ point games) and if White likes him enough, there’s a very real chance he’ll be a starter. At his press conference, White named him and Allen as his best two offensive guys, but he challenged him to improve his defense.

The decisions of Egbunu and Robinson loom large, but even if both take off for the draft, Florida is equipped for another big season. This time, with the highest expectations for the program since the days of Billy Donovan.