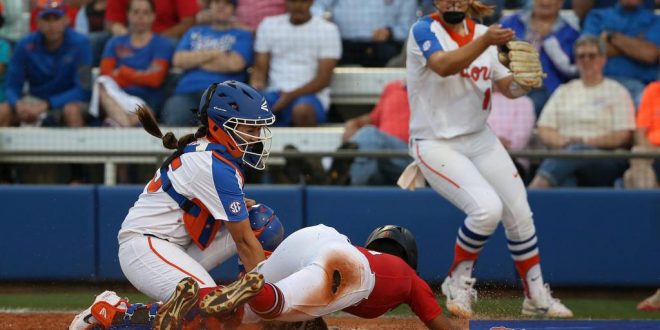 The Florida Gators softball team has been dominating their season. There is no better word for it. They’ve been ending game shut-out after shut-out and their record of 37-2 reflects that. Their season looks phenomenal thus far. There’s just one problem- so does Florida States.

37-2 is certainly something to brag about. 13-1 in their conference is always nice. And with Florida’s sophomore pitcher Kelly Barnhill recently getting SEC pitcher of the week, things from the circle look pretty great. Florida has the tools to beat the Noles tonight. Utilizing their strengths the right way will help them secure this win. Barnhill is certainly one of those strengths. She’s known for getting tons of strikeouts each game, and she knows how to get girls to swing at whatever she wants. Florida has the nations number one pitching staff at 0.72 ERA. They also have the best fielding percentage defense at .986. The gators have won the last 16 out of 17 games against FSU.

Kelly Barnhill earns her 2nd SEC Pitcher of the Week award of the season after a pair of sensational performances against Georgia! #GoGators pic.twitter.com/xkr5ThCxBO

The Seminoles have stacked their wins at 38-1 and 18-0 in the ACC. One thing to notice is that they’ve had more conference games than Florida. This could potentially hurt Florida in the end. The Noles have had bigger wins when it matters, not so much against the little teams. FSU also carries the nation’s best batting average at .367 and on base percentage (.469) in Florida State. A player to watch out for is Jessica Warren. Not only is she the team’s leading hitter, but she’s got a .458 average and a .596 mark in the ACC. She has 15 home runs for the Noles, which puts her in second in the ACC. She also leads the ACC with 55 RBI’s this season alone. The last time FSU took a loss was 29 games ago against Texas A&M. Since then, they’ve been doing just as much dominating as the Gators have.

So this game could really be a toss-up. This age-old rivalry could be one for the record books. Both teams are number one in their conferences and both conferences are highly appreciated. This game will certainly be one you don’t want to miss. Plus, it’s the only Florida-Florida State we’ve got until November. First pitch is set for 7. 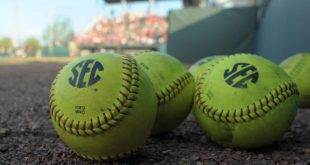