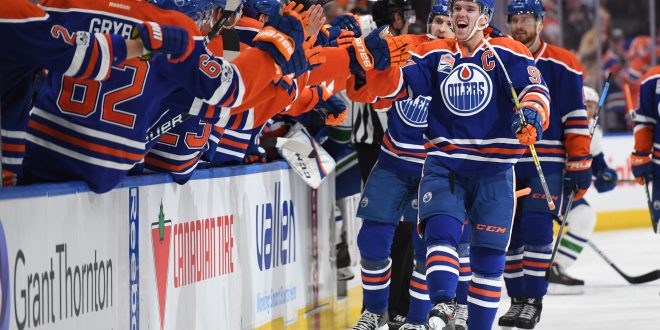 The Stanley Cup Playoffs have arrived, and the first round of teams will take the rink tonight.

This Pacific Division matchup is definitely one to watch. The Edmonton Oilers are back in the playoffs after a long 11-year drought. The San Jose Sharks were last year’s cup finalists and may have an edge in postseason experience.

"We don't have much… We're just going to play. The only way to get it is to play." Coach McLellan on #Oilers playoff experience

One of the most-talked about players in this series has been the Oilers’ Connor McDavid. McDavid, the team’s 20 year old phenom, has scored over 100 points this season. He currently has a 14-game scoring streak. For the Sharks, they are hoping to see Joe Thornton or Logan Couture return to the ice. Thornton went out in early April with a knee injury, while Couture is recovering from being punched in the face. It would be ideal for San Jose to be able to play at least one of these centers.

This Central Division matchup will certainly be interesting. The Minnesota Wild are coming off a rough March, a month in which they dropped 12 of their 16 games. The St. Louis Blues have been adjusting to a mid-season coaching change, but are coming off a 4-game win streak.

Born and raised at the ballpark! Typically quiet- until it comes to sports. I'm a South Florida native with a passion for baseball nearly as strong as my faith. Grew up in garnet + gold, turned out sporting orange + blue. Likely to be found with a camera. And yes, I take food pictures.
@victoriarossman
Previous NBA Playoffs: Potential East Matchups
Next UCF Spring Football Winding Down

It’s the battle for Florida. The team on the Gulf Coast against the team on …