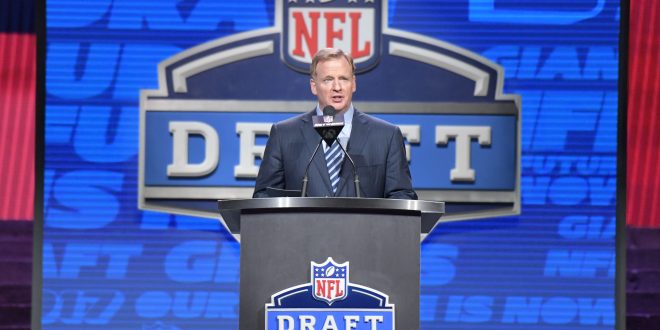 Day 2 of the 2017 NFL Draft is in the books, and teams continued looking for talent to fill out their roster’s needs in rounds two and three.

The SEC continued to show it is the main feeder conference for NFL teams by breaking the record for most selections from a conference in the first two rounds of a draft.

Cam Robinson, the offensive tackle from Alabama, was the first SEC selection of the second round, going to the Jaguars as the 34th overall selection. He joins fellow SEC player Leonard Fournette as selections by the Jaguars on the offense as they look to help out quarterback Blake Bortles.

The next SEC player came three picks later, with Marcus Maye kicking the night off for the Gators. The New York Jets selected him with their second round pick, pairing him with first-rounder Jamaal Adams from LSU to form a formidable safety pairing. Overall, four Gators were selected on the night. Quincy Wilson went to the Colts and Teez Tabor joined Jarrad Davis on the Detroit Lions as second round selections. The Saints then picked Alex Anzalone in the third round to continue their defensive rebuild after taking CB Marshon Lattimore from Ohio State and S Marcus Williams in the first two rounds.

Ryan Anderson from Alabama to Washington, Justin Evans to Tampa Bay, and Ethan Pocic to Seattle rounded out the SEC picks in the second round.

Selections from the conference in the third round included Alvin Kamara, the running back from Tennessee going to New Orleans, and a stretch where five straight players from the SEC went from picks 75 to 79. Linebacker Duke Riley went to the Falcons, the Saints took Anzalone, and TAMU defensive end Daeshon Hall was selected by Carolina before Baltimore and the Jets went back-to-back with Alabama players Tim Williams and ArDarius Stewart, respectively.

After taking Robinson, the Jaguars ended their night by beefing up the defensive line by taking Illinois pass rusher Dawuane Smoot early in the third round.

Tampa Bay addressed their secondary by taking Evans, and then added Charles Godwin for Penn State to their loaded receiving core in the third round. He joins a group including Mike Evans, Desean Jackson, Vincent Jackson, and first-round pick O.J. Howard at tight end. Tampa Bay then traded up for the last pick of the third round to take LSU linebacker Kendall Beckwith. He joins a linebacker grouping that was already solid with Kwon Alexander and Lavonte David.

The Buccaneers traded back into the third round to pick @LSUfootball LB Kendell Beckwith with the 107th overall pick! #SiegetheDay #NFLDraft pic.twitter.com/EFHZxj8gBU

The Dolphins focused on loading up a defense that faces Tom Brady and the Patriots twice a season. They took linebacker Raekwon McMillan from Ohio State in the second round before taking third team All-American cornerback Cordrea Tankersley from Clemson in the third round.