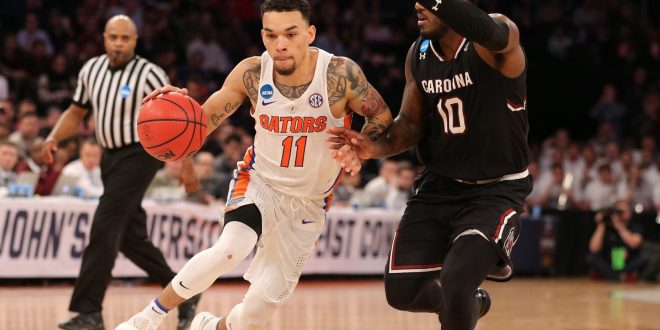 On Wednesday, the bracket for the PK80-Phil Knight Invitational revealed that Florida faces Stanford on in Portland, Ore on Nov.23.

The tournament, which honors Nike co-founder Phil Knight for his 80th birthday, houses 16 teams in two eight-team brackets. Each team is guaranteed three games in the tournament. If the Gators beat Stanford, they’ll face the winner of Gonzaga/Ohio State. On Day 3, they’ll face one of Duke/Portland State/Butler/Texas. Florida’s non-conference schedule now includes Stanford and Baylor (Jan.27 in Gainesville).

Stanford had a lackluster season finishing 14-17 and going 0-8 vs. opponents in the top 25. They did not qualify for the NCAA tournament. Florida last played Stanford in 2002 and is 0-4 all-time. Ohio State had a more respectable 17-15 record on the season but also didn’t qualify. As such, Gonzaga is seen as an easy favorite to beat the Buckeyes and potentially face the Florida in what would be a rematch from last November where Gonzaga beat Florida 77-72 in the Advocare Invitational. The Bulldogs made it to the NCAA championship game before losing to North Carolina.

Florida is coming off a strong season that ended in the Elite Eight of the NCAA Tournament, with a loss to SEC foe South Carolina. The Orange and Blue finished 27-9 under second-year head coach and SEC Coach of the Year Mike White. Fans can expect a few new faces on the court for the upcoming 2017-18 season after six players left the team. Kasey Hill, Justin Leon, Canyon Barry and Schuyler Rimmer graduated while Devin Robinson, one of Florida’s hottest players in the tournament, forwent his senior season to enter the NBA draft. Guard Eric Hester transferred from the team