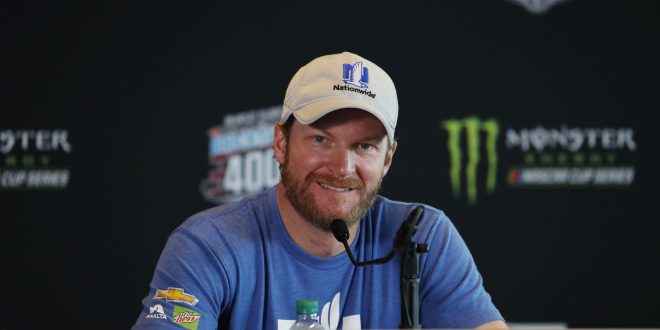 Dale Earnhardt Jr. will be retiring at the end of the 2017 NASCAR season, and it didn’t take long for him to get a new job.  He will join the NBC broadcast team next year.

He will be joining fellow crew member Steve Letarte, who had made the move to broadcasting in 2015.

When asked about the opportunity he has to work with NBC, Earnhardt was excited about the future.

Earnhardt, voted Most Popular Driver 14 times in his career, hopes to be part of every NASCAR Cup race broadcast but wont have much of a role in the Xfinity Series broadcast due to the fact that he owns a race team in the series.

Earnhardt will be utilized in a number of capacities on NBC’s NASCAR coverage, with specifics to be announced in the upcoming months. The deal allows Earnhardt a wide range of opportunities including movies, television, podcasts and other areas.

The company will also partner with Earnhardt Jr on his other businesses such as his Dirty Mo Media and Hammerhead Entertainment.