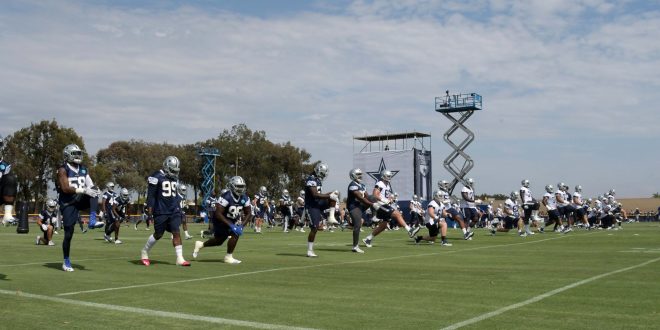 The long wait for pro football is nearly over as training camps are opening up all around the NFL this week.

Camp Stories To Watch For

The quarterback job in Houston seems to be up for grabs between Tom Savage and the 12th overall pick Deshaun Watson. Will Watson impress enough in training camp to be the opening day starter for the Texans?

Can Adrian Peterson once again come off a serious injury and be productive? The 32 year old running back only played three games last season for the Vikings totaling only 72 rushing yards on 37 carries. It will be interesting to see how he will fare in a pass-heavy Saints offense. Peterson’s performance in training camp may be an important factor in determining his role in New Orleans this season.

All eyes in Indianapolis and Miami will be on starting quarterbacks Andrew Luck and Ryan Tannehill. Luck had right shoulder surgery in January and will begin training camp on the PUP list. The Colts are hoping Luck can make his way back on to the practice field and make quick progress to be ready for the regular season. Tannehill, after tearing his meniscus at the end of last season, seems ready to return to full strength. However, the training staff and the fans will be looking at his mobility during training camp.

Andrew Luck has started throwing and will begin camp on the PUP list: https://t.co/Wx8RRxe4G9 pic.twitter.com/myyYCbT4sL

Despite a disappointing playoff loss, the 2016 Cowboys campaign was a huge success. The team went 13-3 behind record rookie seasons for both Dak Prescott and Ezekiel Elliott. Will the rookie tandem have similar seasons or will they face sophomore slumps? It all starts with their training camp performances.

Here are the dates for every NFL team’s first training camp practice: