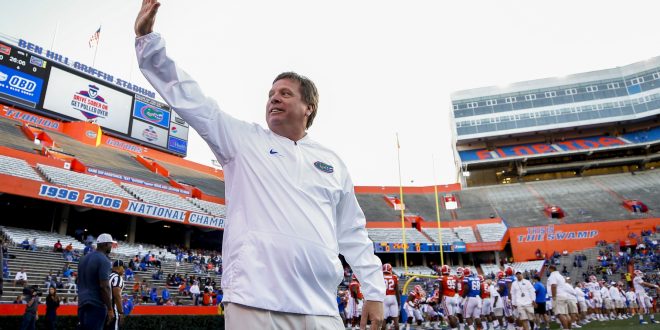 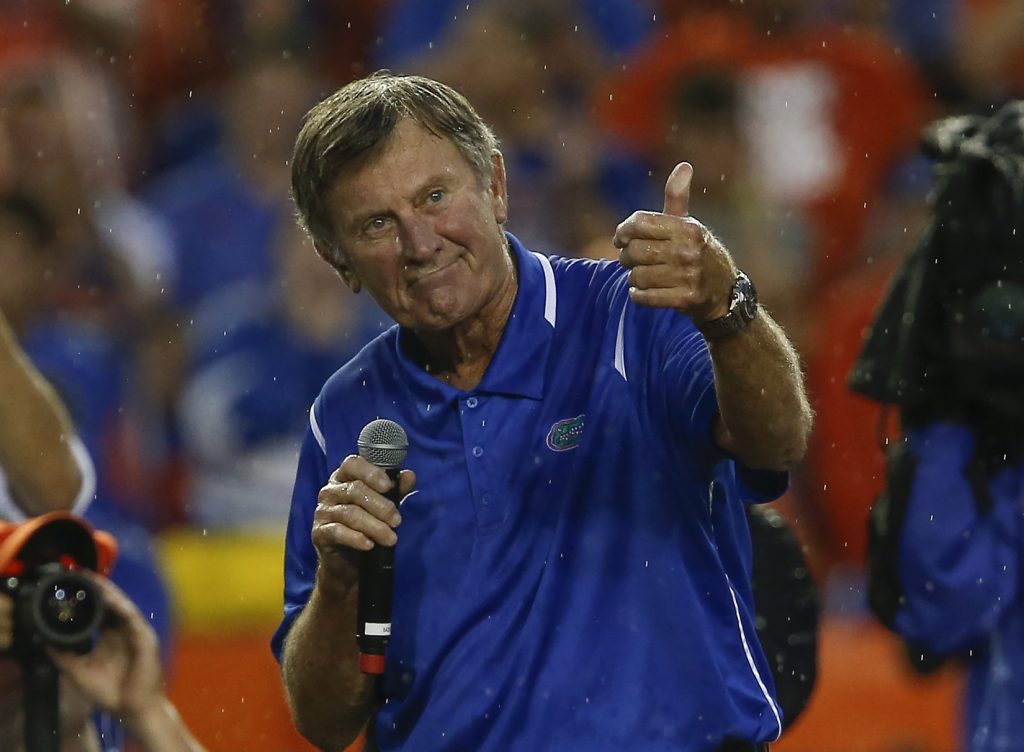 The countdown to football season is in full effect. The Gator football season kicks off in six Saturdays, but Florida will be on the road taking on Michigan. For the fans who will not be able to travel to Dallas, the first chance to see Florida in action will be the home opener.

The Gators are set to face Northern Colorado, on September 9th, for the home-opener. The first game is always a special one for fans in The Swamp, but this season, there may be a little extra hype around the game than usual.

It was announced today this game will be The SEC Network’s prime time game. Kickoff is set for 7:30 p.m. Fans always love night games in The Swamp, but they will really love this particular night game. For the first time in school history, all fans in attendance are encouraged to wear white. The goal is to make sure fans “white out” The Swamp against the Northern Colorado Bears.

If that was not enough for Gator fans to get excited about, this celebration will. Steve Spurrier will be honored once again as it will be the 25th anniversary of when the Head Ball Coach nicknamed Ben Hill Griffin Stadium, “The Swamp.” This will all take place after just one year of the University of Florida’s Board of Trustees voted to add Spurrier’s name to Florida Field.

A senior at the University of Florida reporting on Gator sports, local Gainesville and surrounding area sports, and telling the stories of local athletes. Born and raised in Gainesville, Florida with a passion for telling people's stories and having fun doing it.
@SportsDarwinism
Previous Dale Earnhardt Jr. Joins NBC
Next Tebow’s Baseball Journey