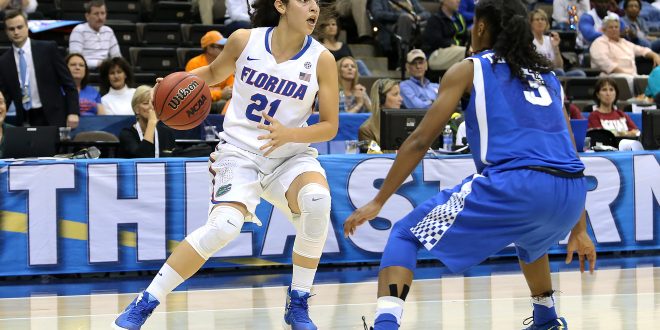 The 2017-18 schedule for the Florida Gators women’s basketball team has been released.  The Gators will be entering the season under first-year head coach Cameron Newbauer. Newbauer previously coached at Belmont for four years where he guided the Bruins to a 79-50 record and two NCAA Tournament appearances.

The Gators will enjoy the benefit of playing in front of their home fans during a large part of their non-conference schedule starting in November. 11 0f their 15 non-conference games are at home, including against in-state rival Florida State. The Gators will also be participating in two major events during its non-conference run; the Savannah Invitational in Savannah, Georgia and the Gator Holiday Classic in Gainesville.

Looking back at last year

The Gators are coming off a disappointing year in which they went 15-16 including 5-11 in SEC play. Their season officially ended in the SEC Tournament at the hands of the Texas A&M Aggies. It eventually resulted in the firing of Amanda Butler, who was in her 10th season as the head coach of the women’s basketball team. In her 10 seasons at the helm, Butler compiled a 190-136 win-loss record, including a 71-85 SEC record, and made the NCAA Tournament four times. The Gators never advanced past the second round under Butler.

Newbauer Talks Up His Team

Newbauer appeared on Sportscene with Steve Russell’s recently on ESPN 98.1 FM/850 AM WRUF to discuss his team and the schedule.  Among the many things he discussed was the fact that unlike a lot of coaches, he does not talk about winning championships, instead focusing on being the best a person can be each day.  He believes if you do that, the rest will take care of itself and he believes in putting his players into positions of difficulty in practice so that in games things will seem easier.  Newbauer also says he and his staff and players want to be a big part of the Gainesville community on and off the court.

Newbauer believes he and his team can be successful with his coaching staff and philosophy.  He welcomes a lot of new faces to his team in players like freshmen Mikayla Hayes, Tameria Johnson and Jalaysha Thomas as well as Miami transfer forward Zada Williams.

The season begins for the Gators on November 11 when they host Georgia State.