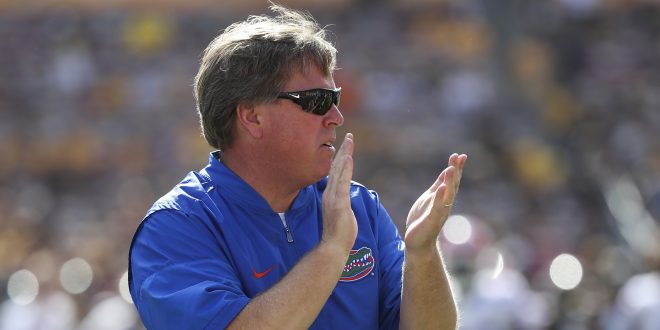 Early Takeaways From the Gators First Practice of Fall Camp

On Wednesday, all the offseason build up, speculation and recruiting questions were finally answered thanks to Gator Football’s annual Media Day.

Yesterday, all the offseason speculation and questions were finally played out on field thanks to the start of fall camp. This also gave the opportunity for Florida’s 2017 quarterback competition to officially begin. Quarterback competition is nothing new for Florida. Gator fans are used to the uncertainty under center; but this year, the Gator coaching staff has what it feels is quality depth at the position although no starter has yet to be officially named for the season opener. 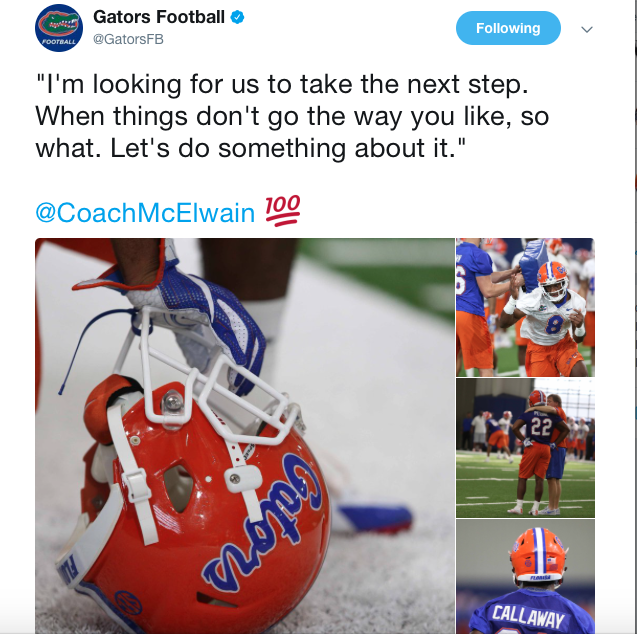 Some of those players come in at the quarterback position—arguably the most important position in sports.

Quarterbacks Feleipe Franks, Malik Zaire, and Luke Del Rio took snaps during the second session. On the other hand quarterbacks like Kyle Trask, Kadarius Toney, and Jake Allen made an appearance in the first session.

Franks worked under center with the first-team during Florida’s first “fastball period,”  but as usual, head coach Jim McElwain made sure people not read too much into that as they are not ready to name a starter.

With this being McElwain’s third season, fans are hoping this is the year the offense kicks into high gear.   McElwain liked what he saw from the first day of work from his quarterbacks.

“You could tell some of the nerves, and yet as the practice wore on I thought we were very accurate in where we were going with the football. There were some big plays made on the outside, and that’s a good thing , so we’ve just got to continue that moving forward,” he said.

Former Florida quarterback Austin Appleby was seen at practice working with the quarterbacks.

The first practice allowed McElwain to get a first look at his recruiting skills and what he will be getting with his freshmen. He compared it to Christmas morning and stated “we did a pretty darn good job at recruiting.”

After losing key players on defense to the draft and to a torn Achilles tendon, the Gators are in a defense rebuilding mode.

With Marcell Harris our for the season, Florida used sophomore Chauncey Gardner at safety with redshirt senior Nick Washington for the first practice. McElwain said however that players could do more moving around at defensive positions as camp goes on.

The energy level of the players was notably fired up. The coaching staff hinted at it was the most energy they have seen, from this team, on the first day of practice.

Could the Gator energy have something to do with the Coaches Poll being released yesterday a little
before practice began and Florida finding themselves at the number 16 spot behind Georgia?

A senior at the University of Florida reporting on Gator sports, local Gainesville and surrounding area sports, and telling the stories of local athletes. Born and raised in Gainesville, Florida with a passion for telling people's stories and having fun doing it.
@SportsDarwinism
Previous Schedule for 2017-18 Florida Gators Women’s Basketball Released
Next NFL Football Returns as Cowboys Beat Cardinals in HOF Game