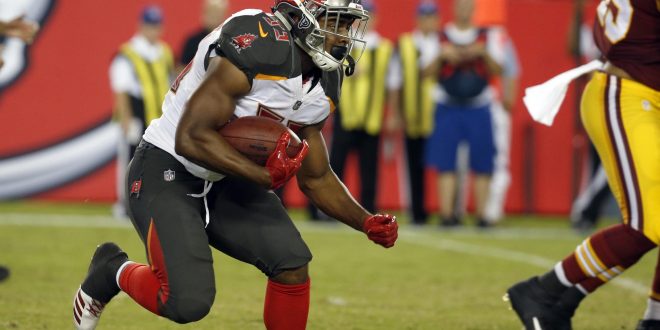 Finally, the Tampa Bay Buccaneers are starting their NFL season after Hurricane Irma cancelled their first match up against the Miami Dolphins. After eight months of waiting and an extra seven days of anticipation the wait is finally over. Now, the Buccaneers will start their season by hosting the Chicago Bears as scheduled.

On Sunday, Tampa Bay takes the field to begin its pursuit of their first playoff appearance in a decade.

Hurricane Irma affected many communities throughout Tampa and the whole State of Florida. The Buccaneers’ owners committed $1 million to the American Red Cross to support relief efforts across the state.

Bryan Glazer, co- chairman of the Buccaneers said the Bucs were glad to help.  “The long recovery process is already underway and the entire Buccaneer organization stands in support of all those who have been impacted,” he said.

The team also is donating tickets to first responders in the Bay Area and surrounding counties.

The Match Up: Buccaneers

The Tampa Bay Buccaneers are starting the season off strong with an entirely healthy team. The only player who is injured is linebacker Devante Bond. Even with a healthy team, is the team prepared to start the season due to its disjointed schedule and having less time to practice due to evacuating from Irma? Buccaneers head coach Dirk Koetter is happy with the spirit of practice this week but more thankful that families are safe from the Hurricane.

Quarterback Jameis Winston is starting the season with some wisdom from Dr. Seuss’s “Happy Birthday to You.” The quote “Today you are You, that is truer than true. There is no one alive who is Youer than You.” That quote stuck Winston because we all have be our individual selves and no one can be us.

Let’s hope this inspiration from the Doctor, will help him cut down his 33 interceptions the last two years. Winston has also thrown 50 touchdowns but sometimes does make risky throws.  He realizes he needs to work on his patience. He admitted that a lot of the turnovers last year were a result of him doing too much to help the team win.

Winston is excited to start the season but he is more concerned about the hurricane victims across the state of Florida and in Houston. “I was thinking about what we were going through, what the people in Houston are going through. Because at the end of the day, everything is bigger than football,”  he said.   Winston donated $50,000 to relief efforts.

Thinking about my grandma (today would have been her bday) & everyone affected by Irma, I will match 1st $50k donated to our relief efforts https://t.co/e0CBX3ObeY

The Chicago Bears are 0-1 after losing to the Atlanta Falcons 23-17 last Sunday. The Bears might be coming into this match up more mentally and physically equipped because they played Week 1 and have had some practice time to iron out opening game mistakes. Quarterback Mike Glennon, who played for Tampa Bay from 2013- 2016, might give some valuable insight to the team. “I feel like I know their defense well, but it’s a little different when you start game- planning. They know my strengths and weaknesses, and that adds another dimension to it,” Glennon said.

The Tampa Bay Buccaneers start their season against the Chicago Bears Sunday, September 16 at 1 p.m.

Hello my name is Kaitlin Alexander, a passionate story teller and lover of sports. Fun facts about me: I am a world traveler, interviewed all three UF Heisman Trophy winners, and a former intern of Bleacher Report. Follow me on Twitter: KalexanderUF
@KalexanderUF
Previous Gator Volleyball KicksOff Weekend Tournament With Two Wins
Next Hail Mary Touchdown Gives Gators 26-20 Win over Tennessee As Time Expires