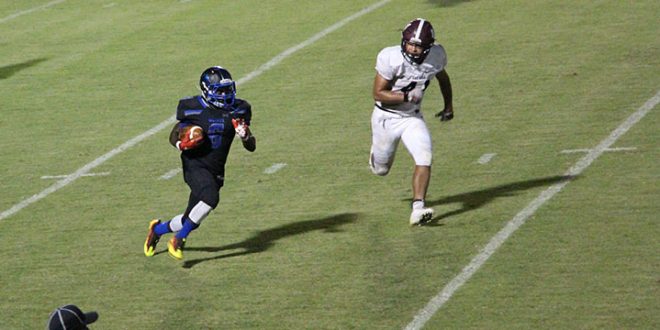 Two undefeated high school football teams came into this matchup hoping to continue their streaks. Unfortunately for one of them, their streak had to come to an end. The St. Francis Catholic Wolves defeated the Oak Hall Eagles to stay undefeated.

Both teams struggle on offense in the first half

The Eagles got the ball first but were unable to muster up any kind offense. After punting to St. Francis, the Wolves took full advantage of Oak Hall’s offensive woes. Quarterback Nick Baskin threw a 49-yard touchdown pass to wide receiver Calvin Littles. The Wolves then attempted a two-point conversion, but failed, giving them the 6-0 lead over the Eagles.

Oak Hall played a lot better on their second offensive series, marching all the way to the Saint Francis 5-yard line. However, the Eagles were unable to convert on 4th and goal, turning the ball over on downs. In the second quarter, both teams struggled on offense, and the first half ended with the Wolves leading 6-0 over the Eagles.

Saint Francis takes off in the second half

In the third quarter, Baskin ran for a 10-yard touchdown run. The Wolves attempted another two-point conversion, but just like before, they failed to do so, making it 12-0 for St. Francis. Running back Tim Johnson later ran 30 yards for a touchdown.

Baskin threw a short pass to Turner, who then ran for an 89-yard touchdown reception. The Wolves attempted another two-point conversion, and it was good, making it 36-0 St. Francis. That would be the final score as the Wolves continued their winning ways and the Eagles lost for the first time this season.

Oak Hall came into this game averaging about 44 points per game. However, that high-powered offense was unable to find any answers against a St. Francis defense that has allowed 20+ points to be scored on it just once so far this season. St. Francis improved to 5-0 and clinched a berth in the Class 2A state playoffs. Oak Hall dropped to 3-1 and had a 13-game winning streak snapped.

The Wolves scored just six points in the first half. In the second half, they blew the gates wide open with 30 points. Coach McDaniel said that his team had been a second-half team during the season.

St. Francis will have a week off before taking on the Dragons of the Florida School for the Deaf in St. Augustine, Florida on Thursday, October 12 at 7 p.m. Oak Hall will face the St. John Lutheran Saints in Ocala, Florida on Friday, October 6 at 7 p.m.

Previous No. 1 Gators Roll Past Volunteers
Next Back to the Beginning For Gator Football: Del Rio Out For Season, Franks Takes Over 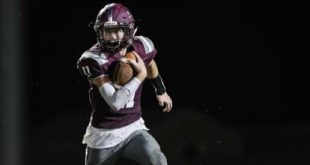 During the 2019 offseason, the Oak Hall Eagles football team was left scrambling after seven …