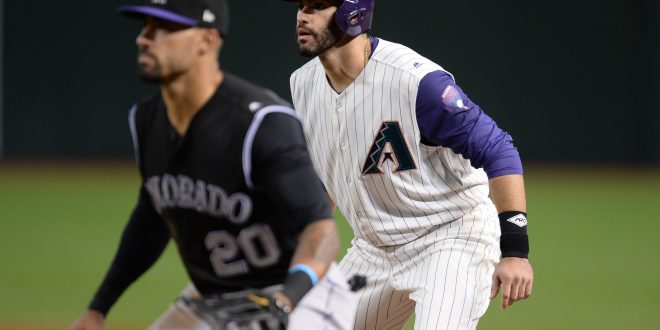 Two teams who are facing off against each other are both in uncharted territory. The Arizona Diamondbacks and Colorado Rockies surprised the baseball world by making the playoffs for the first time since 2011 and 2009, respectively.

Both teams were among baseball’s leaders in offensive production, ranking in the top 10 in runs, RBIs, doubles, triples, total bases, slugging percentage and OPS. In addition, the Rockies ranked in the top five in hits, batting average and on-base percentage. Other than Goldschmidt, a big reason for Arizona’s offensive firepower was JD Martinez, who was traded from the Detroit Tigers to the Diamondbacks back in July. The trade proved to be crucial for Arizona as Martinez would go on to smash 16 home runs in September. That ties Ralph Kiner in 1949 for the September National League record. For Colorado, while Arenado was the team’s best overall player, there’s no question that Charlie Blackmon was the team’s best offensive player as he ranked in the top 10 in every major offensive category in the National League.

Arizona also had one of the best pitching staffs, ranking third in baseball with a 3.66 ERA. On the contrary, Colorado had a below average pitching staff for the season, ranking 17th with a 4.51 ERA.

Both teams had  strong first halves of the season. The Diamondbacks were 50-31 through the first 81 games of the season while the Rockies were 47-34. As solid as that record is, however, it should be noted that the Rockies were 47-26 at one point before losing eight straight games. The start of that losing streak ignited a 40-49 record for the rest of the season. The Diamondbacks finished their second half with a respectable 43-39 record.

What both teams need to do better

Whoever wins this game will face the Los Angeles Dodgers in the NLDS. The Dodgers posted a league-best 104-58 record. Both teams had success against the Dodgers, with the Diamondbacks posting a 11-8 record against them and the Rockies posting a 10-9 record.