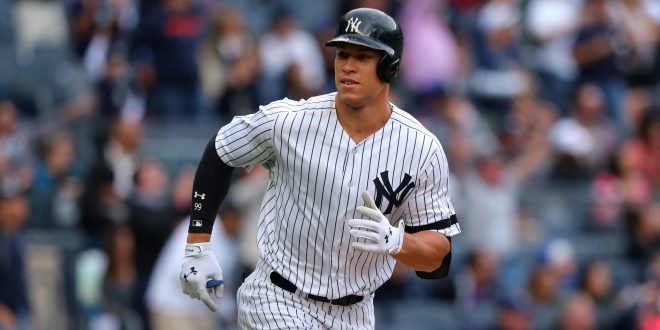 It is officially October, which means the MLB postseason is here. Tuesday will see the New York Yankees hosting the Minnesota Twins in the AL Wild Card Game at Yankee Stadium.

Nothing left to say. Let's get it. #WildCard pic.twitter.com/jpdqj6Da7p

The Twins’ 2016 season will go down in history as having the most losses ever in the organization’s history with 103. They are also defying the odds as no one was able to see them in the postseason prior to the start of this year. Minnesota will also go down as the first team in MLB history to go from losing over 100 games to playing in the postseason.

This game will be Minnesota’s first trip to the postseason since 2010. Many credit Eddie Rosario and Brian Dozier to leading them into October. Dozier would record 17 of 34 homers in the final two-month stretch of the season, while Rosario scored 16 homers out of 27. Rosario also brings 27 total home runs on the season, a .290 batting average and a RBI of 78.

Dozier supplies 34 home runs, a .269 batting average and an RBI of 93 to the Twins’ run toward postseason. This game also has familiarity to first baseman Joe Mauer. He was a part of the 2010 roster when they lost to New York. Mauer, who has a career high 21 homers and 96 runs scored across 121 games this season, is looking to avenge the loss from seven years ago. While they aided in the run, one star who made big waves for Minnesota is Miguel Sano [.264 AVG, 28 HR, 77 RBI]. Sano, who is nursing an injured shin from early September, is set to be a game-time decision for a return to action.

Minnesota is also looking to avenge a September series loss against New York. While payback is on their minds, a spot against the Cleveland Indians in the division series is firmly planted in their minds. While the Twins don’t possess nearly as much experience, they are confident and are looking at this as a “one game deal” against the Yankees.

The history of New York Yankees baseball is an unparalleled one. 18 division championships, 40 American League pennants and 27 World Series Championships. The Yankees are not only postseason royalty, but they are also the postseason record book, holding the MLB records for their accomplishments.

While they may hold these records, the Yankees have not won a World Series since 2009. The pinstriped team is looking to ride a wave of momentum at home tonight against the Twins, and are looking to call on standout rookie Aaron Judge to deliver another big-time performance.

The rookie record-breaker is responsible for 52 home runs and a 114 RBI this season. Judge’s runs were enough to break Mark McGwire’s rookie home run record of 49 and will continue in playoffs. While many would be nervous in this scenario, Judge is treating this as just another game of the sport he grew up loving.

The Yankees had a hot start to the season when they won 21 games of their first 30, going to 38-23. After a surge following the All-Star break, the Yankees are in the wild card with a 91-71 record, and the second place spot in the AL East, only behind the Boston Red Sox. The familiarity of Minnesota is also very fresh in their minds.

These two teams last squared off in a three-game series very recently. They hosted Minnesota and swept them with 2-1, 5-0 and 11-3 scores, bringing their record at that point to 85-67. They are looking to use that momentum in a repeat performance with title implications. The Yankees are on the chase for World Series Championship No. 28, but must stop the threat of Minnesota at home to advance.

Where to Watch and What’s Next