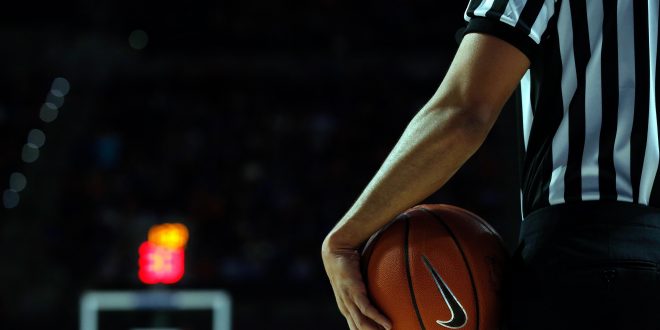 The Gators are looking at a new tool for their team. That tool comes in 6’5″ freshman guard Deaundrae Ballard. The rookie guard signed with Florida in April of 2016.

DeAundrae Ballard to UF comes completely out of the blue. Big time pickup for Mike White and the Gators. Great athlete, unlimited motor.

The four-star recruit is a big addition to Florida’s stout team. Ballard is crediting the coaching and family environment for making the move.

Ballard, coming from Southwest Atlanta Christian High School in Atlanta, Georgia, brings with him 81 games of experience on the hardwood. During his tenure, he would average 24.6 points-per-game, 2.5 assists-per-game and seven rebounds-per-game.

Only playing three games in his freshman season, he produced 69 points on 28 field goals and 12-for-17 free throws made. In his sophomore season, he played in 26 games, averaging 23.3 points-per-game with a season total of 607, 151 rebounds and 66 assists. The production would continue to increase in his junior year, playing 27 games for 624 minutes before going to 25 games his senior year.

His athletic and energetic play style is what he credits to producing 679 minutes his senior year. In that time, he made 271 field goals, 166 rebounds and 60 assists, with 59 steals and nine blocks.

Ballard commited to Florida on Apr. 19, 2016, coming off scoring over 2,500 points across his time in high school.

The biggest reason for the four-star recruit to come to Florida is the coaching and feeling of family in the program. Ballard also has studied the offensive style of the team and is enjoying what he has seen. The rookie also likes the “lock-down” style of defensive play that the Gators are known for.

Ballard is also looking forward to playing with some of the key elements of the team. Two players he mentioned as his most anticipated are Chris Chiozza and KeVaughn Allen. Deaundrae is looking to shock the system with new blood on another push to the NCAA tournament and another national championship for the Florida Gators.

Before he does so, he must go through a tough schedule, which includes a very difficult SEC conference schedule ahead of March Madness. While he is feeling the pressure, Ballard has more than enough potential to make a strong impact on this Florida Gators team.

Ballard and the Gators open up play on Sunday, Nov. 5, at home in an exhibition game. They host the Tampa Spartans at the ExaTech Arena at Stephen C. O’Connell Center at 2 p.m. to open up the season. For more on college basketball and the Florida Gators, stick with ESPN Gainesville as we inch closer to the start of the new season.