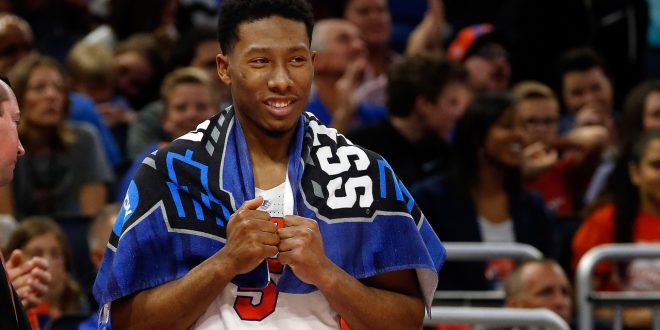 SEC Basketball Media day kicked off on Wednesday morning in Nashville with a flurry of awards. The Gators were ranked 2nd in the SEC preseason media poll, with Kentucky holding the No. 1 spot. KeVaughn Allen was also named to the All-SEC Preseason 1st Team. Florida sent Mike White, Chris Chiozza and KeVaughn Allen to SEC Media Day for interviews and updates.

Last season was only the beginning…

SEC Basketball is BACK. pic.twitter.com/9l4QQ2JMBR

SEC Preseason Player of the Year