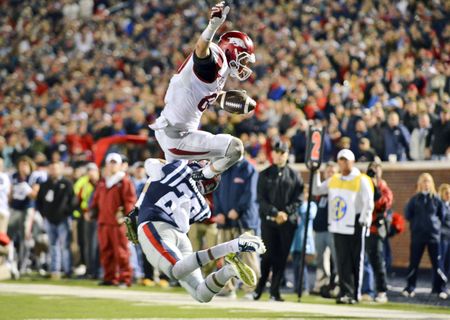 Arkansas is traveling to Ole Miss this weekend for another SEC showdown. With both teams losing significant players at this point in the season, it’s up to the remaining players to make the best of their situation.

Going into the end of the regular football season, Ole Miss is ranked 6th in the SEC West, while Arkansas is ranked 7th. Ole Miss has lost the last three times these teams have matched up. The last time Ole Miss beat Arkansas was back in 2013 when Ole Miss won 34-24.

Ole Miss has the home advantage and is looking to use that to bounce back this week. Last week, they suffered a tough 40-24 loss to LSU and are left without Shea Patterson due to an injury. Ole Miss head coach Matt Luke says that their history of disadvantages goes beyond the loss of the players. Back in 2015, they suffered a tough 53-52 defeat against Arkansas in overtime, a loss they are still trying to forget.

However, by coming together and having a particular mindset, Ole Miss is ready to end their losing streak against Akansas with Jordan Ta’amu as their starting quarterback.

Improving Down the Stretch

Coach Bielema has announced that senior OL Frank Ragnow will miss the remainder of the season due to injury. https://t.co/MU8hpRGmGX

The Razorbacks are not changing much even though they also lost some key players recently.  Now, they are going into Saturday’s game without their top offensive lineman, Frank Ragnow. Their game plan is to focus on the second half with Austin Allen recovering from his recent injury.

Despite the difficulties that the team has gone through together, they will use everything they have to come out with a win on Saturday. According to Head coach Bret Beilema, the team has had some difficulties in the second half and are planning on utilizing their running backs and quarterback in order to come out with another win against Ole Miss.

Kickoff from Mississippi is set for 12 p.m. this Saturday, October 28th.