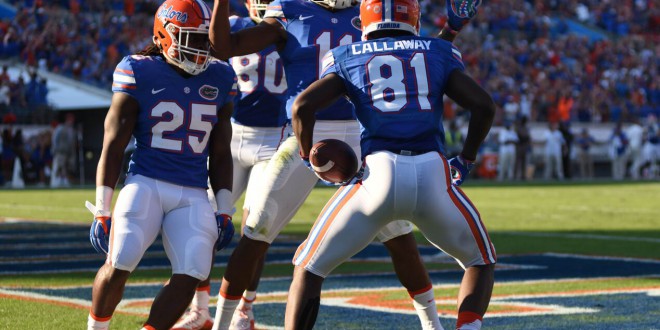 Seven of the nine suspended Gator football players involved in the credit card fraud scandal are being offered pre-trial intervention.

What is Pre-Trial Intervention?

State Attorney Cervone explains that this program is a way for cases to be resolved quicker, without potentially ruining a young person’s life for the illegal activities they have committed.

The felony charges have not been formally dropped, nor will they, until the completion of the probationary period. Typically, the probation is for 12 months and if they do not violate the terms of the probation, then the charges can be dropped.

For the seven players offered the program, they will receive a court date to appear in front of a judge over the next few weeks. A judge has to approve the program for each player before the probationary period begins.

When Will They Play?

At this point there is no timetable on any of the players return to the team. Head Coach Jim McElwain released a statement saying that he is aware of the updates in the legal process, but there are still steps the players need to go through in order to be back.

Originally from Ocala, Florida. University of Florida Class of 2017. Avid FIFA player willing to beat anybody. Follow me on Twitter for everything you need to know!
@JoshLaSelva
Previous SEC Preview: Arkansas Visits Ole Miss
Next Does Georgia Have What It Takes to Take Down Florida?