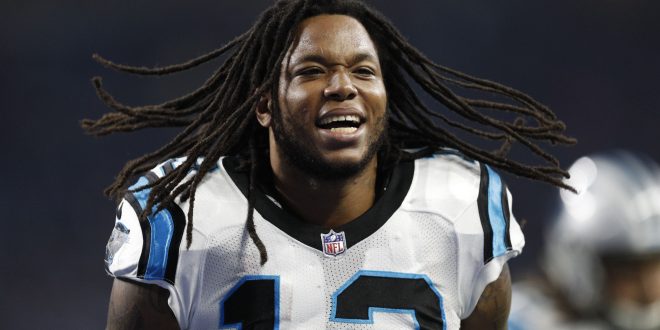 With nearly half of the 2017 NFL regular season in the books, teams are either satisfied with their progress or hoping to make changes. With the trade deadline on Tuesday, it would be the last chance for teams to make moves and test their players on the market. So, what happened?

One of the biggest trades of the day would involve the Carolina Panthers and Buffalo Bills. The Panthers would trade away star wide-receiver Kelvin Benjamin in exchange for a third-round pick and seventh-round pick in the 2018 draft.

Benjamin will once again work alongside Bills head coach Sean McDermott and general manager Brandon Beane. Both Beane and McDermott served time with the Panthers. Beane says he didn’t expect the trade to happen at first, but would come down to the last minute. Beane also says Benjamin is a fierce competitor and will fit in well with the organization.

Meanwhile, the Miami Dolphins would send running back Jay Ajayi to the Philadelphia Eagles in exchange for a 2018 fourth-round draft pick. Ajayi has accumulated 1,924 yards and nine touchdowns in his two-and-a-half years with the Dolphins, including a trip to the Pro Bowl last season.

Following numerous trade rumors throughout the season, the New England Patriots would deal quarterback Jimmy Garoppolo to the San Francisco 49ers in exchange for a 2018 second-round draft pick. Drafted by the Patriots in 2014, Garoppolo spent more than three seasons behind quarterback Tom Brady.

Welcome to the family, @JimmyG_10. pic.twitter.com/sNW1JASFjO

Patriots coach Bill Belichick says he has tremendous respect for Garoppolo, but it was time for the organization to make a decision. Meanwhile, 49ers general manager John Lynch says he believes Garoppolo is the quarterback of the future.

Matthew is currently a senior, majoring in telecommunications with a minor in business administration.
@matt_levay
Previous Randy Shannon Focusing Gators Solely on Missouri
Next Araujo Kicks Gators Past Auburn And Into SEC Semi-Finals