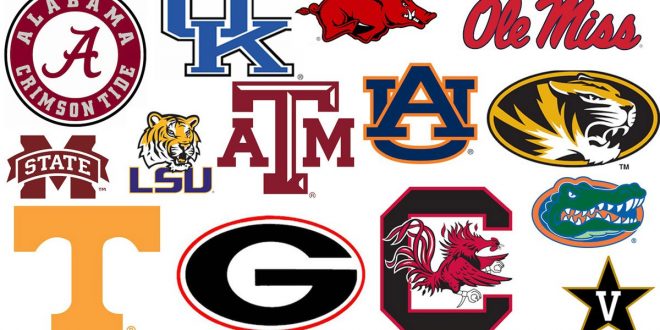 The SEC has been dominated by Georgia and Alabama these past couple of weeks and this week proved to be no different.

But right now, with only three weeks left in conference play, the only teams that have a strong possibility of winning an SEC title are Georgia, Alabama and now surprisingly, Auburn. With that being said, lets take a look at how these three top-tier teams and the rest of the SEC performed in week 10.

Alabama had an interesting outing against LSU. The offense was rolling with Jalen Hurts completing 11-24 passes for 183 yards and the team rushed for 116 which totaled to 299 total yards. Surprisingly, LSU managed to produce 306 yards against the “at the time” number 2 team in the nation and still managed to lose. Alabama is happy with the result although it was a costly one, that left two of their prominent linebackers, Shaun Dion Hamilton (fractured knee cap) and Mack Wilson (foot) go down with injuries and are listed as probably out for the rest of the season. These injuries put Alabama in an awkward situation, being that they already loss two linebackers earlier this season with Christian Miller and Terrell Lewis. The next man up will be red shirt junior Keith Holcombe and/or freshman Dylan Moses.

Alabama face 17 ranked Mississippi State next week and LSU face off against Arkansas.

Jake Fromm could not have thrown this back shoulder pass any better.
Touchdown @FootballUGA! pic.twitter.com/N1p6dVs5KY

The Gamecocks “managed” to keep the game interesting compared to the Bulldogs past opponents. Georgia averaged a whopping 32 point margin of victory against its previous five SEC opponents. With the score being 14-7 at the half, many believed that an upset was capable of occurring. But nonetheless, with a delayed breakout performance, both Nick Chubb and Sony Michel combined for 183 yards from 36 carries while Jake Fromm threw for 196 yards on 16-22 passing attempts. Georgia began to ease into the game and ended up ruining South Carolina’s three game winning streak.

The Bulldogs have now won four in a row against the Gamecocks. With this win, they managed to clinch the SEC East title and are facing Alabama in Atlanta on Dec, 2. But for now, they look to go against the only other threat to the SEC title, 14th ranked Auburn next week.

Meanwhile, South Carolina’s head coach Will Muschamp will be looking forward to next week as they face off against his former team the Florida Gators.

Check out all the action from today's @SEC road win over Texas A&M. #WarEagle pic.twitter.com/ToiQRxpbRY

Auburn QB Jarrett Stidham had himself a game this past Saturday, finishing with 20-27 for 267 yards and three touchdowns against a tough Aggie defense. Furthermore, the Tigers star running back Kerryan Johnson had 29 rushes for 145 yards and one touchdown.

It was a crucial game played at College Station that ended in a defeat for the Aggies. Auburn is slowly creeping up on the top two teams in the SEC (Alabama and Georgia) with only one loss in their conference against the LSU Tigers in week 8. But since that loss, they’ve managed to turn things around and win the past two games by scoring 52 on Arkansas and 42 on Texas A&M. They now face the Georgia Bulldogs which will be the toughest and most important match up of their season. A win in next week’s game could be a deciding factor in whether they have a chance at winning the SEC title.

DK METCALF … FOR THE WIN!!!@OleMissFB takes a 36-34 lead with 5 seconds left in the game. pic.twitter.com/hcFHnLpDrZ

The Rebels and the Wildcats went at it like a couple of heavy-weight boxers, trading blow for blow the entire game with their offensive arsenals led by Rebels QB Jordan Ta’amu and Wildcats RB Billy Snell Jr.

Furthermore, the Wildcats managed a late touchdown to bring the score to 34-30 with 2:14 remaining in the 4th, and suddenly the two-minute drill was on for Ta’amu. He didn’t fall under pressure and won the game for the Rebels on a beautifully thrown TD pass to D.K Metcalf in the final seconds of the game.

In his second start of the season after Shea Patterson’s season ending injury, Ta’amu finished with 31-40 completions for 382 yards 4 touchdowns for Ole Miss. While on the other hand, Snell finished with a whopping 176 rushing yards on 28 carries and 3 touchdowns for Kentucky. Ole Miss looks to keep this offensive production flowing into next week’s Sun Belt conference match up against the Lousiana Ragin’ Cajuns. Kentucky on the other hand, look to maintain their rushing powerhouse and will stay hopeful in closing out games against SEC East’s worst team, the Vanderbilt Commodores.

Recent grad from the University of Florida. Editing all articles on here while helping out the newbies. Love all things basketball.
@@MarcoJMartinez_
Previous NFL Recap: Tampa Bay Bucs lose big to the Saints
Next Randy Shannon Press Conference Recap