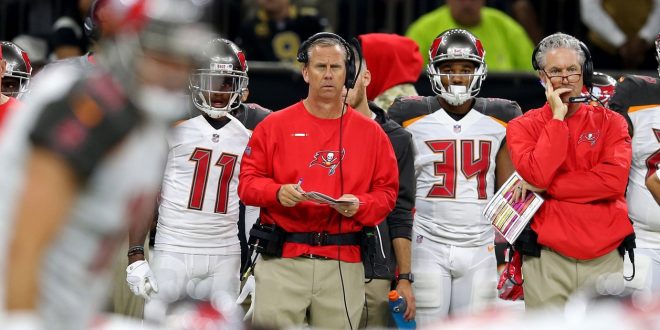 The Tampa Bay Buccaneers lost their fifth straight game this season after a poor showing against the New Orleans Saints.

The 30-10 loss was a rough one. The Bucs only scored once in each half, making numerous costly mistakes.

The first offensive series for Tampa Bay ended in a blocked punt recovered by Saints defensive back Justin Hardee. The blocked punt then resulted in a touchdown for New Orleans.

From there the following Buccaneers offensive series did not improve much. In the first half, Tampa Bays’ possessions resulted in

The offensive and defensive sides could just not get going. Morale was even worse after quarterback Jameis Winston took a hard hit to his throwing shoulder. After already aggravating it early in the season, Winston finished the series but did not return in the second half.

The quarterback was not willing to make excuses for his play but did express his frustration about his team’s recent skid.

After entering the game, back-up Ryan Fitzpatrick went 8-15, throwing for 68 yards and one touchdown.

There was little the Buccaneers could do to make an impact. No one, including coach Dirk Koetter, feels that the team is living up to its potential.

While the game play may have not been very excited, an sideline fight caught the attention of many.

During the third quarter, Jameis Winston, who was frustrated with the previous play, tapped Saints cornerback Marshon Lattimore in the back of the helmet. After this, Lattimore turned around and shoved Winston.

Bucs wide receiver Mike Evans then leveled Lattimore. Players then started coming from every direction to get involved.

Once everything was broken up, Evans was called for unnecessary roughness but was not ejected from the game.

Next Sunday Tampa Bay will look to salvage the rest of their season as they take on the Jets at home, while the Saints will play the Bills in Buffalo