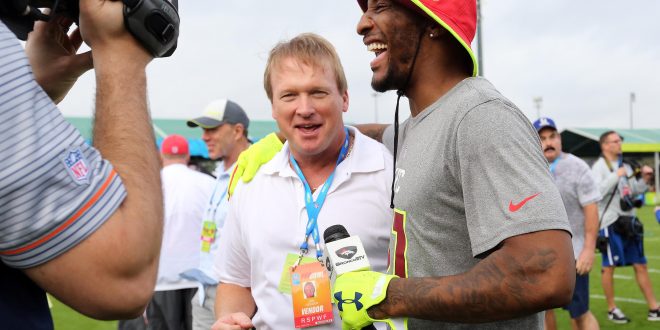 Vols, Like Gators, Look to Hire Coach to Raise Program Back to National Prominence

In 2014 and 2015, the Tennessee Volunteers were very cyclical. They had very high preseason hopes, took care of easy non-conference games, disappointed in SEC play, Head Coach Butch Jones received flak, then they had very convincing bowl wins to get to nine wins and show promise for the future.

This year, Tennessee has just flat out disappointed. With two games left in their season, they could be looking at their worst season in the last 100 years.

They are currently 4-6, a record that may not look so bad, and is better than division rival’s Florida. But when you look at it closer, you see the struggles they have been facing.

The Vols are 0-6 in the SEC, with games remaining against LSU and Vanderbilt. If they lose those two games, it will be their first time being winless in the conference since 1924, when they were in the Southern Conference. It would also be their first four-win season since 1977.

With all the struggles, the departure of Butch Jones finally came.

Brady Hoke, who was 31-20 in his four years as head coach at Michigan, is now the interim, as the athletic director searches to hire the team’s fourth head coach since 2009.

Gruden hasn’t coached since 2008, but if he wanted to come back to the college ranks, Tennessee would be very high up on his list. Gruden began his coaching career as a graduate assistant with the Vols in the mid-80’s.

It would be an unlikely hire, as Gruden hasn’t coached college kids since 1989. He may not be up all the recruiting that a collegiate coach needs to build an elite program.

Jon Gruden's odds to become the next Tennessee HC are the highest they've ever been at @betonline_ag at +145. But look at Dan Mullen (+280) and Mike Norvell (+350) flying up the board. pic.twitter.com/sOiER7QbgD

I think the Mullen thing makes a lot of sense https://t.co/ufOYcW1XJl

Norvell is very young at 36 years old, and relatively inexperienced. He is in only his second season as a head coach, but he has one of the best offensive minds in college football. His Memphis Tigers are averaging over 42 points a game, a year after averaging 39 points. Tennessee is averaging 18 points per game, ranking 121st in the country. Memphis is also averaging 507 yards a game, compared to Tennessee’s 286. Norvell could help form an offensive identity for the team, and help them get back on track.

Hire Mike Norvell and get it over with Vols.

The Vols could try to hire Jim Bob Cooter, the Detroit Lions offensive coordinator, who was once a Vols quarterback. They could also look at Les Miles, who was 114-34 in his time at LSU.