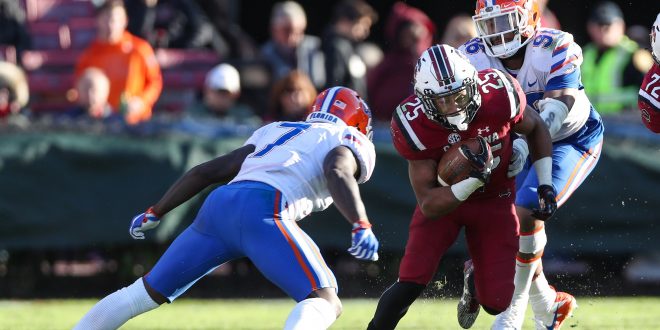 Preview: Gators Look To End Skid As They Host UAB

The Florida Gators are back in Gainesville for a two game homestand to end what has been a disappointment of a season. They’ll look to end the season on a high note by pulling back some wins in front of the home fans, and that starts Saturday against the UAB Blazers.

Despite showing more effort in their 28-20 loss to South Carolina last week the result was still the same as each of the past five weeks: a loss.

The Gators are hoping to turn that around now that they’re back in the non-conference bookend of their schedule. But if they’re to do it, they’ll have to do it with yet another change at the quarterback position among a roster decimated by injuries.

Feleipe Franks is back in for what will be his seventh start of the season. He fills in for the injured Malik Zaire who left last week’s loss with a knee injury, leaving Franks as the only healthy scholarship quarterback on the Florida roster right now.

It’s yet another bump in the road for a Florida offense that will look to outplay its ranking 113th in the country in total offense. While Franks has passed for 1102 yards and five touchdowns on the season, the offense has never really gotten in rhythm except for when the running game has taken over. To that extent, the Gators will lean on Mark Thompson and Lamical Perine, as the team has failed to reach 100 rush yards in each of its past two losses.

Also on the injury front, Florida will be guys like guard Antonio Riles and center TJ McCoy, who is out for the season. All the injuries have left interim head coach Randy Shannon to note that the Gators have an NFL-like active, healthy roster (53 players). It’ll be up to him to rally his troops and not let the injuries dominate the discussion.

Meanwhile, the Blazers have been one of the pleasant surprises in college football. In their first year back since a two-year hiatus, UAB is bowl eligible and can finish with double digit victories if they win out.

The Blazers have won three straight and four out of their past five games. In those games, UAB is averaging 35.3 points, including hanging 52 in a win over Rice.

That’s evidence of their explosive offense, which ranks in the top 50 for scoring. The key factor there has been their run game, which is ranked 27th in the country while averaging 210.5 yards per game.

Those gaudy numbers have come in large part thanks to freshman running back Spencer Brown. Brown ranks second among freshman and 15th among all running backs with 1,177 rush yards on the season. In addition, Brown has a nose for the endzone with 10 rushing touchdowns on the season.

Junior quarterback A.J. Erdely has also been a key cog in the run game while keeping teams honest with his arm. He has 290 rush yards and 12 rush touchdowns to go along with 13 pass touchdowns and 1,741 pass yards.

Meanwhile on defense, the Blazers make their name against the pass. The boast the best passing efficiency defense in Conference USA and a national top-50 defense in turnover margin, tackles for loss, pass defense, and total defense. They’ll have a strength-on-weakness matchup against Florida’s struggling pass offense, as UAB only allows 199.7 pass yards per contest.