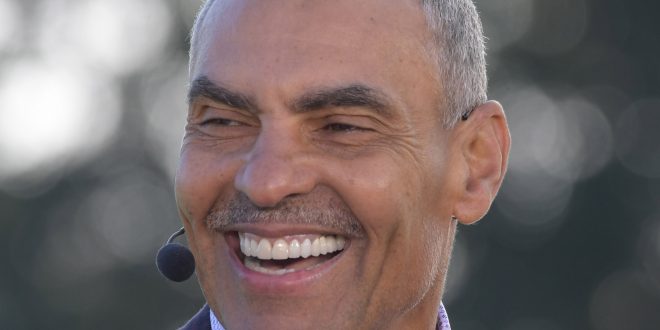 Former NFL head coach Herm Edwards has left his role as an ESPN analyst and taken the head coaching job at Arizona State. Edwards coached both the New York Jets and the Kansas City Chiefs but has been an analyst with ESPN since 2008.

Is Arizona State the Right Fit?

After having multiple opportunities to return to the game, Edwards says Arizona State felt like the right fit. Both the president and athletic director of the university were factors in why he felt this was the right role for him. Edwards says he likes the visions the university has and feels they align well with his own. He also likes how the student-athletes are being developed and trained.

On His Return to the Field

Edwards says the main reason he is returning to the field is to make a difference in the lives of young people. He feels he still has a strong passion for the game and says he missed being on the grass.

Arizona State ended up 2nd in the PAC-12 South this past season. The Sun Devils had a 7-6 record, going 6-3 in their conference. Their record took them to the Hyundai Sun Bowl, where they lost to North Carolina State. However, Edwards said he feels he is inheriting a good team in a much-improving conference. His players will begin training for the upcoming season in mid-January.

The coaching staff under Edwards has been fully assembled. As far as recruiting, Edwards says they went on the road for two weeks. The staff signed eight defensive players and ten of the 11 they were pursuing.

Born and raised at the ballpark! Typically quiet- until it comes to sports. I'm a South Florida native with a passion for baseball nearly as strong as my faith. Grew up in garnet + gold, turned out sporting orange + blue. Likely to be found with a camera. And yes, I take food pictures.
@victoriarossman
Previous Chiozza Questionable for Wednesday’s Game Against Mississippi State
Next Alabama Seeking Fifth Title in Nine Years