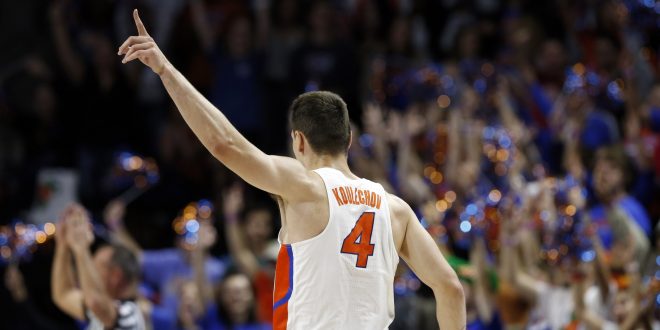 Egor Koulechov notched 23 points on 9-13 shooting from the field as the Gators took down the Mississippi State Bulldogs on Wednesday night, 71-54. Florida outscored Mississippi State, 36-28, in the second half on their way to a 17-point victory. Both teams were sloppy with the ball, combining for 31 total turnovers (UF: 15 MSU: 16). Quinndary Weatherspoon led Mississippi State with 16 points, adding 5 rebounds.

The Gators surprisingly outrebounded the Bulldogs, 38-31, grabbing 14 offensive rebounds. Florida finished the night with 16 second-chance points. UF outshot MSU, 43%-40% from the field and 39%-31% from beyond the arc. The Gators will have two days off before taking on the Ole Miss Rebels in Oxford on Saturday at 1 p.m.

Egor Koulechov is appointment television. A gifted shooter, but also can score from all three areas. Was huge in Florida's win over Mississippi State.

Mike White says his team has been scrappier as of late.

Mike White says the Gators practiced “4 on 4” with the amount of injuries and illnesses his team had.

Keith Stone now has 31 points and 19 rebounds in his last 3 games.