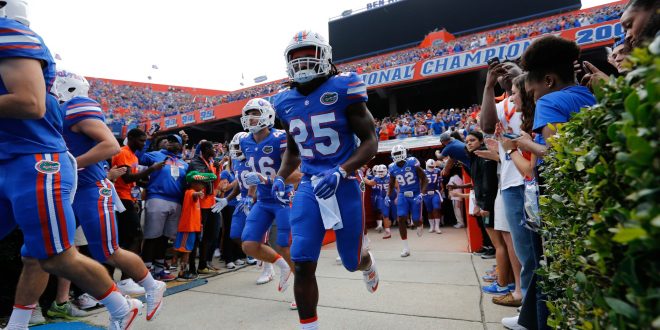 Nine Florida football players were involved in credit card scandal dating back to last August. The athletes used these stolen card numbers to pay for school bookstore accounts to purchase multiple items. All players were facing at least one third-degree felony charge.

After an indefinite suspension, among the nine players, four will be returning to the team, including star running back Jordan Scarlett. Others include redshirt sophomore receiver Rick Wells and redshirt freshman linebackers Ventral Miller and James Houston.

Scarlett tweeted his excitement to be back with the team Tuesday night.

Mullen and the Team

“All of our players understand the standards and expectations we have of them to be members of the Florida football program,” Mullen said. 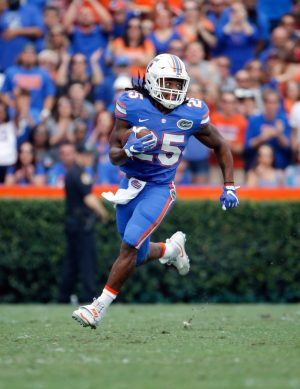 The final suspended player is redshirt junior defensive end, Keivonnis Davis. Davis’ football career is unknown due to a scooter accident last fall. He is still recovering from serious injury.

Jordan Scarlett will be a big asset to the Gators offense this season. In the Gators 9-4 (6-2 SEC) 2016 football season, Scarlett had 889 rushing yards and six touchdowns.

Florida had a 4-7 record last year without Scarlett and the other suspended players finishing with just three conference wins.

Freshman running back, Malik Davis had an impressive freshman season filling in for Scarlett’s absence. Davis finished with 526 yards and averaged 6.7 yards per carry through seven games before suffering a season-ending knee injury.

Scarlett back on the field will add another threat to Mullen’s offense in the up-coming 2018 season.