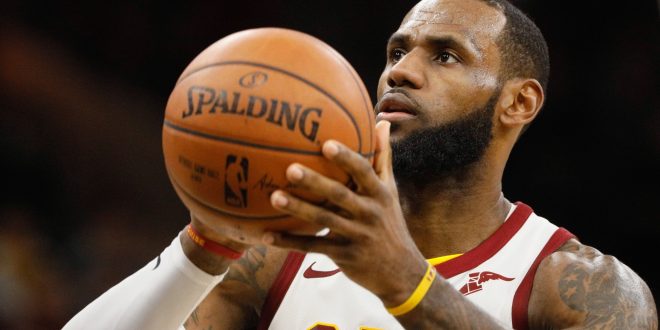 LeBron James became the seventh player in NBA history to join the 30,000 point club. At 33 years and 24 days old, James is the youngest player in history to accomplish this feat. He joins Kareem Abdul-Jabbar, Karl Malone, Kobe Bryant, Michael Jordan, Wilt Chamberlain and Dirk Nowitzki in the exclusive club.

LeBron James described what it means to reach this milestone.

However, on this historic night, the Cavaliers had nothing to celebrate about after losing to the Spurs 114-102.

The reeling Cavaliers have now lost 10 of their past 13 games, who are now 6 games behind the first place Boston Celtics. They have given up over 100 points in 11 of their past 12 games. The Cavaliers had 18 turnovers on the night and gave up 13 offensive rebounds. The Spurs were also able to capitalize with 24 points in transition, compared to Cleveland’s 10 transition points.

It's been a long month for the Cavs. pic.twitter.com/nM5tlF8aOm

Prior to the Spurs game, Cleveland held a team meeting to discuss some internal issues stemming from Kevin Love’s departure during their previous game against Oklahoma City. It was noted that the team aired out their issues, but that didn’t seem like the case tonight.

Cleveland coach Tyronn Lue discussed his team’s lack of cohesion at the moment.

He said, “If you’re going to speak out and talk, you’ve got to back it up and we didn’t do that tonight.”

“It’s just a special moment. It’s something I never set out to do. I’m not even a score-first guy when it comes to playing basketball. I love getting my teammates involved and seeing my teammates be excited about scoring and me getting assists. For me to sit here and be the youngest player ever to reach 30,000 … I put a lot of work into my game and it’s been a byproduct of that.”

The Cavaliers have a two day layoff before hosting Victor Oladipo and the Indiana Pacers on Friday night. The Spurs head to Memphis to play the Grizzlies on Wednesday night.